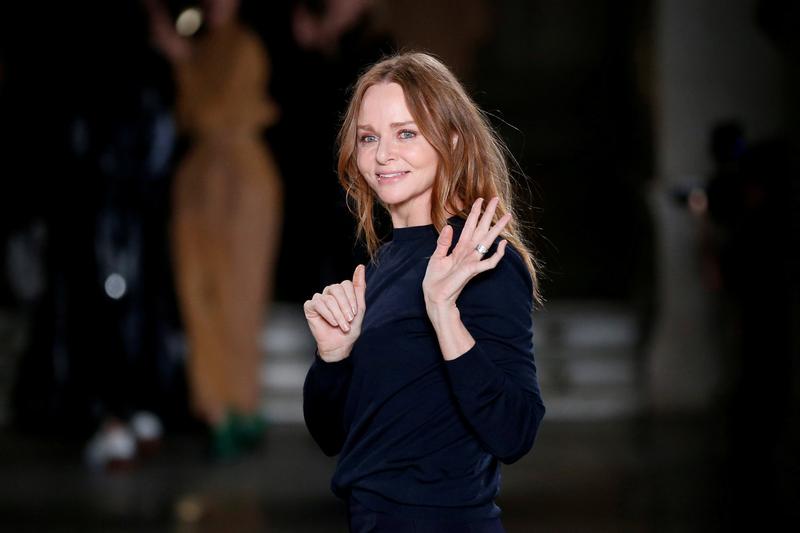 LONDON (Reuters) – Designer Stella McCartney said she wanted to help Meghan Markle project her “human side” when making the American actress’ second dress for her marriage to Britain’s Prince Harry.

The 46-year-old created the silk crepe halterneck dress the American bride wore for her evening reception in Windsor last month.

For the actual ceremony, watched by millions around the world, Markle, now called the Duchess of Sussex, wore a sculpted long-sleeved dress with a boat neck by Clare Waight Keller, the British designer of couture house Givenchy.

“I was aware that we had to get the right kind of positioning, the right pace, the right voice,” McCartney told Britain’s BBC in an interview. “There was a delicate line.”

Asked what she wanted to help the royal bride project, McCartney said: “I think just her sort of human side.”

FILE PHOTO: The newly married Duke and Duchess of Sussex, Meghan Markle and Prince Harry, leaving Windsor Castle after their wedding to attend an evening reception at Frogmore House, hosted by the Prince of Windsor, Britain, May 19, 2018. Steve Parsons/Pool via REUTERS/File Photo

“The role that she’s taken on it’s very austere, it’s very sort of serious and I think there’s a great weight that she has … acquired through that and she takes it very seriously,” she said.

“I think it was the last moment probably that she could reflect sort of the other side to her … the joy and the human within her.”

Speculation over who would design Markle’s dress began as soon as the couple announced their engagement last November.

McCartney, who does not use fur or leather in her creations, said she was “proud” to have been given such a coveted role.

“I got the call … We didn’t have a huge amount of time but we had enough time,” she said.

“It was very much her dress and I felt very proud that she came to me for that part of the wedding.”