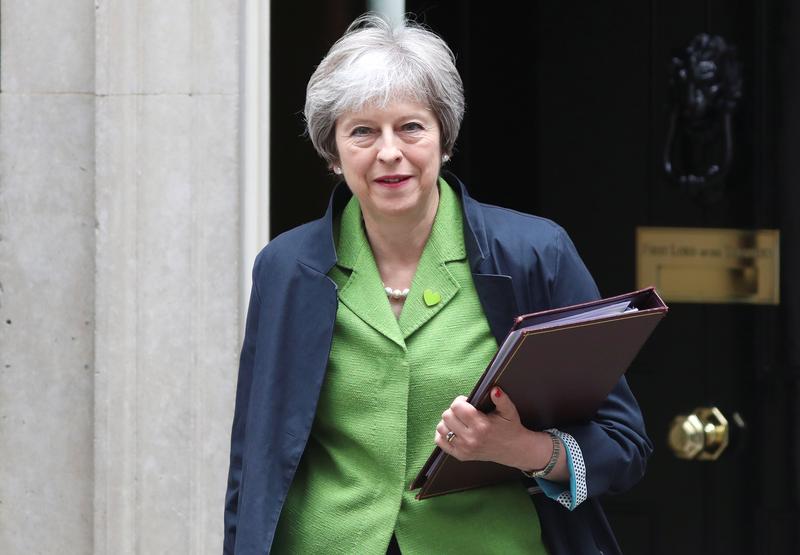 LONDON (Reuters) – British Prime Minister Theresa May failed on Thursday to win around pro-EU lawmakers in her party over parliament’s role in the Brexit process, raising the risk of defeat in lower house votes next week.

May is struggling to unite the Conservative Party around her plan for leaving the European Union, trying to balance the demands of those who want the closest possible ties with the bloc and others who want a clean break.

The divisions only seem to be growing wider.

The row centres on what say parliament will have over any final Brexit deal agreed with Brussels. Some lawmakers want greater powers to direct the government’s negotiating strategy than have been so far offered.

Earlier this week, she agreed to seek a compromise with the rebellious Conservative lawmakers, avoiding a House of Commons defeat on the final wording of the European Union (Withdrawal) Bill, which will sever Britain’s ties with the EU.

Her minority government still needs support from the rebels to pass that bill and win future votes on more than 10 separate pieces of legislation needed to prepare for Brexit.

That support was not forthcoming on Thursday.

Dominic Grieve, a Conservative lawmaker who has led the rebel group, told the BBC that the wording of the deal with May had been changed and the final format was unacceptable.

“The plan now has got to be to try to put it right,” Grieve told Reuters later.

The legislation will be debated on Monday by the upper House of Lords and if no compromise is agreed, May could face a damaging defeat when it returns to the lower house on Wednesday.

“Those who backed the prime minister on Tuesday night may well now feel very badly let down and they may choose not to go along with this really rather ridiculous amendment that’s been tabled by the government,” pro-EU lawmaker Anna Soubry told the BBC.

The Brexit department said it was confident of securing a deal that parliament would accept, but set out in a statement the three scenarios which would trigger a vote in both houses of parliament.

They were: “a) should parliament reject the government’s deal with the EU, b) that no agreement can be reached, or, c) there is no deal agreed by the 21 January 2019.”

“This ensures that in all circumstances parliament can hold government to account, while also allowing government to deliver on the will of the British people as expressed in the referendum,” a Brexit department spokesman said.

However, the nub of the disagreement with rebels appeared to be what form those votes would take. Grieve had originally proposed a vote to seek parliament’s approval, but the government was offering a largely symbolic vote.

“I’ve not lied, certainly not,” Solicitor General Robert Buckland, the minister who has been guiding the legislation through parliament for the government, told Sky News. He said the final decision on the wording was taken by May.

“I’m sorry if they’re disappointed by the final terms of it, I really am.”