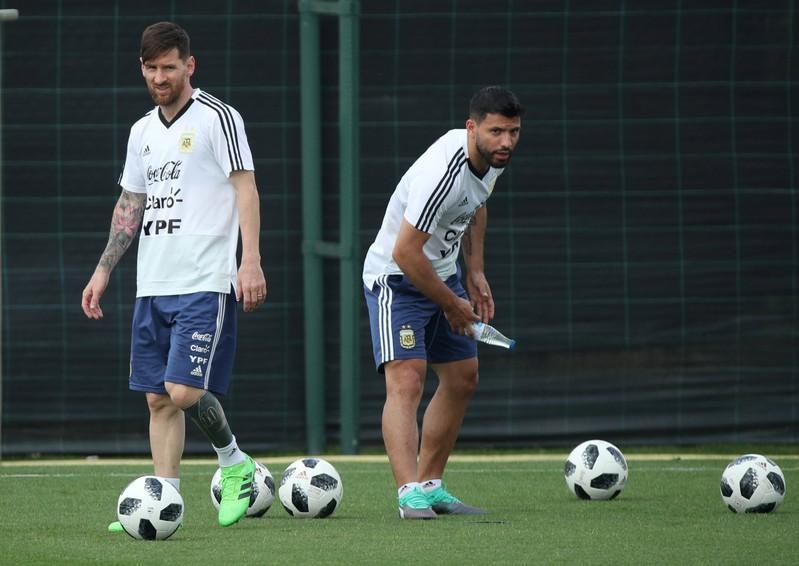 After a year of experimention since taking over that has left the former champions embarrassed in the run-in, Sampaoli also announced on Friday that he had chosen Sergio Aguero over Gonzalo Higuain to play in front of talisman Lionel Messi.

Angel Di Maria and Maximiliano Meza will play on either side of the Barcelona wizard, with the veteran Mascherano, now plying his trade in China, and Biglia, who has had a poor season at Juventus, apparently holding in front of a four-man defense.

Asked if he was abandoning a determination to innovate as the way to reignite the 2014 runners-up, who were even humiliated 6-1 by Spain in a troubled build-up, Sampaoli said he was adapting to the team he has but also had longer-term plans.

“Mascherano and Biglia are very skilled and really unite the team with their passes,” he said, playing down the 34-year-old Mascherano’s lack of top flight football since leaving Barcelona for Hebei Fortune in January.

“I think this is the right team to start the World Cup — but we might make changes later,” he added, after giving a nod to Willy Caballero to replace injured goalkeeper Sergio Romero and pairing Nicolas Otamendi and Marcos Rojo as center backs.

Despite their problems in qualifying, Argentina start as group favorites, though Croatia and Nigeria may pose greater threats.

Sampaoli, however, insisted he was not underestimating Iceland, the tiny nation playing at its first World Cup.

As they showed in reaching the quarter finals of Euro 2016, Iceland, he noted, were capable both of using their significant height advantage and of punishing more fancied opponents on the break.

“We’ve worked to see if we can limit their advantage” in the air, he said. “I’m sure it’s going to be very, very tough because they are very tight and they can counter-attack. But we have been preparing for a long time.”