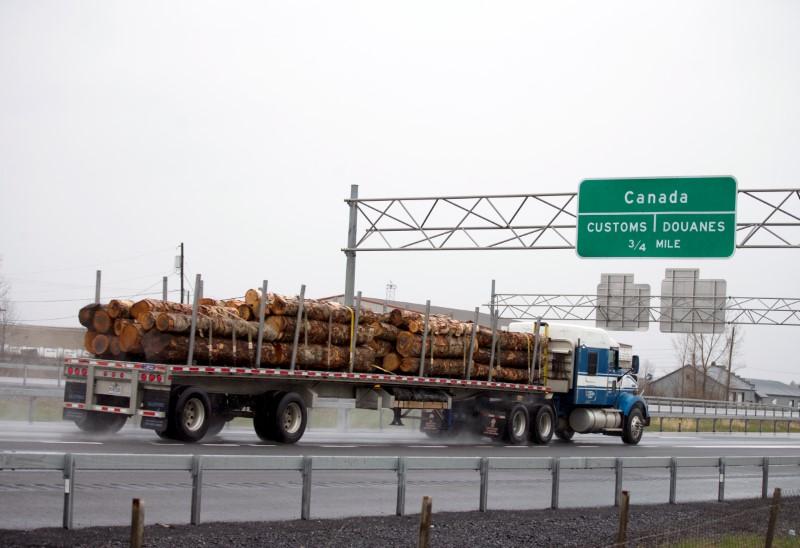 OTTAWA (Reuters) – Seventy percent of Canadians say they will start looking for ways to avoid buying U.S.-made goods in a threat to ratchet up a trade dispute between Prime Minister Justin Trudeau and U.S. President Donald Trump, an Ipsos Poll showed on Friday.

The poll also found a majority of Americans and Canadians are united in support of Trudeau and opposition to Trump in their countries’ stand-off over the renegotiation of the 1994 North American Free Trade Agreement (NAFTA).

Amid the spat, Trump pulled out of a joint communique with six other countries last weekend during a Quebec summit meeting of the Group of Seven rich nations and called Trudeau “very dishonest and weak.”

Trump was reacting to Trudeau’s having called U.S. steel and aluminum tariffs insulting to Canada. Trudeau has said little about the matter since a Trump Twitter assault.

Despite the tensions, 85 percent of Canadians and 72 percent of Americans said they support being in NAFTA, and 44 percent of respondents in both countries said renegotiation of the deal would be a good thing for their country.

While the poll showed support for a boycott of U.S. goods in Canada, pulling it off could be difficult in a country that reveres U.S. popular culture and consumer goods over all others. Canada is the largest market for U.S. goods.

More than eight in 10 Canadians and seven in 10 Americans worry the situation has damaged bilateral relations.

Canada has vowed to retaliate against U.S. tariffs on steel and aluminum with tariffs against a range of U.S. goods, a move supported by 79 percent of Canadians, according to the poll.

Canadian respondents also signaled approval of the united front their politicians have shown, with 88 percent saying they welcomed the support of politicians from other parties for the Liberal government’s decision to push back on tariffs.

While Canadian consumers appeared ready to boycott U.S. goods, 57 percent of Canadians and 52 percent of Americans said Canada should not overreact to Trump’s comments because it was just political posturing.