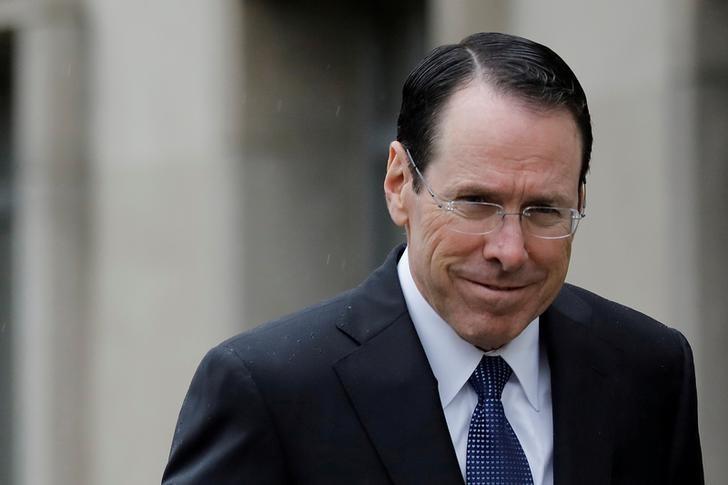 (Reuters) – AT&T Inc is committed to spend as much as needed on the media business of newly acquired Time Warner Inc, Chief Executive Randall Stephenson told CNBC on Friday, with a plan to invest $21 billion to $22 billion in the combined company.

“We’re not going to be penny-wise and pound-foolish here,” Stephenson said in an interview on the financial news channel. “We intend to invest.”

The No. 2 U.S. wireless carrier closed its $85 billion acquisition of Time Warner on Thursday and now faces the task of integrating a media company into its operations as it seeks to rival Netflix Inc, Amazon.com Inc and other technology companies providing entertainment directly to customers.

Time Warner will be renamed WarnerMedia, according to a memo sent to employees by John Stankey, who will serve as CEO of WarnerMedia.

Turner CEO John Martin will leave the company, according to the memo, which was seen by Reuters.

He acknowledged differences in an email to AT&T and Time Warner employees late on Thursday, a copy of which was seen by Reuters.

“As different as our businesses are, I think you’ll find we have a lot in common,” wrote Stephenson. “We’re big fans of your talent and creativity. And you have my word that you will continue to have the creative freedom and resources to keep doing what you do best.”

Stephenson told CNBC he expects AT&T’s debt levels to come down quickly in about a year, returning to normal levels within four years at about 2.3 times earnings before interest, tax, depreciation and amortization.

Some analysts have raised concerns about the high level of debt the company took on to acquire Time Warner, about $180 billion at the close of the merger, Stephenson said.