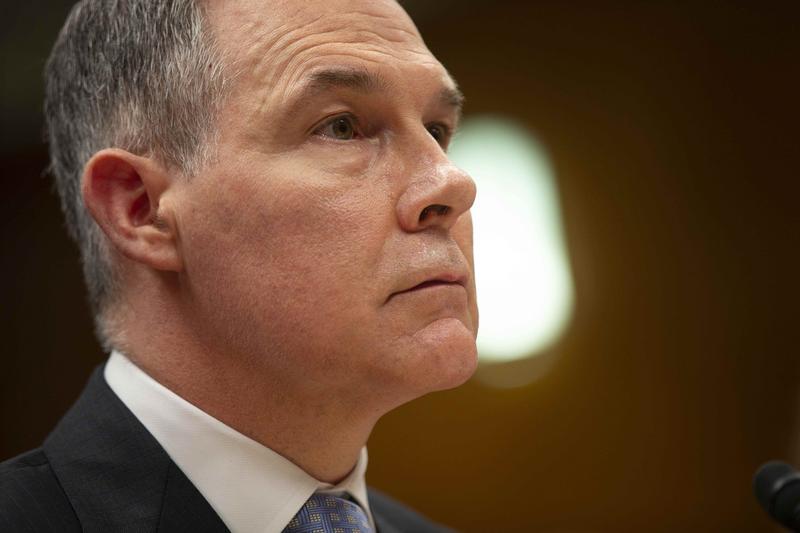 Renzi Stone, chief executive officer of public relations company Saxum, based in Pruitt’s home state of Oklahoma, helped the EPA chief get the tickets, said a letter from the top Democrat on the House ethics committee, Representative Elijah Cummings, a copy of which was seen by Reuters.

In the letter addressed to Stone, first reported by The Washington Post, Cummings asked for documents regarding his actions in providing Pruitt the coveted tickets for the game, in which the University of Oklahoma played Georgia.

Federal ethics rules prohibit government employees from accepting gifts such as sports tickets unless they pay market value. Gifts include any favor, discount, or entertainment that has monetary value.

Pruitt has been under scrutiny for months amid reports involving questionable spending on first class plane tickets, use of security detail, connections with lobbyists and industry groups, and use of his office for favors.

Pruitt faces a dozen investigations by the EPA Inspector General, Congress and the White House.

Former Pruitt aide Millan Hupp, who was interviewed by lawmakers on the committee in May, said in the letter that Pruitt got the tickets for himself and his family from Stone. Hupp said Pruitt paid for the tickets but did not know how much.

Trump, asked on Friday whether he would fire Pruitt over his mounting ethics scandals, said: “I’m not happy about certain things, I’ll be honest.”

But Trump said Pruitt has “done a fantastic job running the EPA, which is very overriding.” The EPA chief has worked to roll back rules imposed by the administration of former President Barack Obama.

At least one of Saxum’s clients, Plains All American Pipeline, has a petition before the EPA to discharge test water from a pipeline in Corpus Christi, Texas, the letter said.

Plains All American spokesman Brad Leone said his company was no longer a client of Saxum and that their association ended in November 2017.

Stone said in a tweet that Pruitt “asked through an aide if he could buy Rose Bowl tix. I made connection to OU ticket office. He bought them. That’s it.” Stone said Saxum does not do “any work for clients at EPA,” and that he would respond to Cummings’ request for documents.

Several Republican senators have called for a hearing later this year to look into Pruitt’s scandals, but stopped short of calling for him to resign.

Senator John Barrasso, the Republican head of the Senate environment committee that has oversight over the EPA, has said he intends to call Pruitt back up to the committee after an initial hearing in January. Before doing so, Barrasso is waiting for findings from reviews into Pruitt’s ethics by the EPA inspector general and the White House.

David Apol, acting director of the White House’s independent Office of Government Ethics, asked EPA Inspector General Arthur Elkins in a letter on Friday to expand his office’s review of Pruitt to include new allegations of ethics lapses, including that he used his security detail to complete errands. Apol asked that Elkins complete his report as soon as possible so he can decide whether to begin a formal corrective action proceeding in order to make a recommendation to Trump.