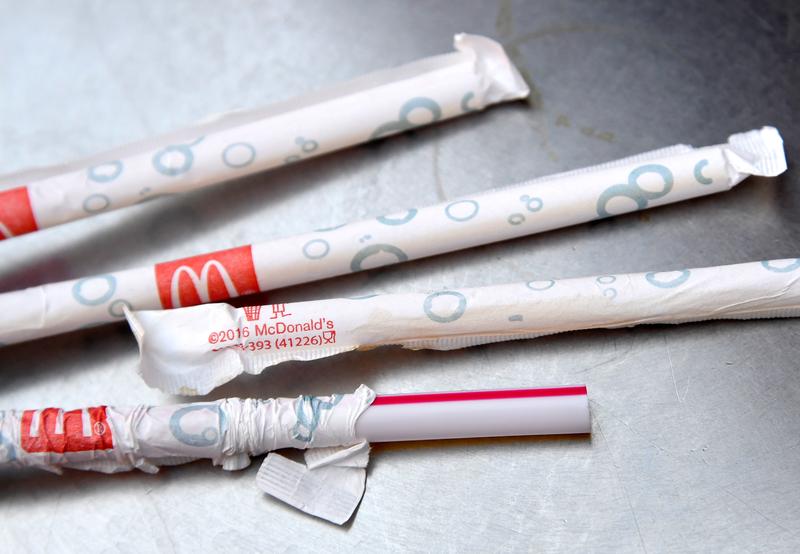 LONDON (Reuters) – McDonald’s will replace plastic straws with paper ones in all its restaurants in the United Kingdom and Ireland, starting from September, the BBC reported on Friday.

Plastic straws can be seen at a McDonald’s restaurant, after it was revealed that they are to replace their plastic straws with paper ones in UK and Ireland restaurants, in London, Britain, June 15, 2018. REUTERS/Toby Melville

“Reflecting the broader public debate, our customers told us they wanted to see a move on straws,” McDonald’s was quoted as saying by the BBC.

In April, the British government proposed a ban on plastic straws and cotton buds in England.