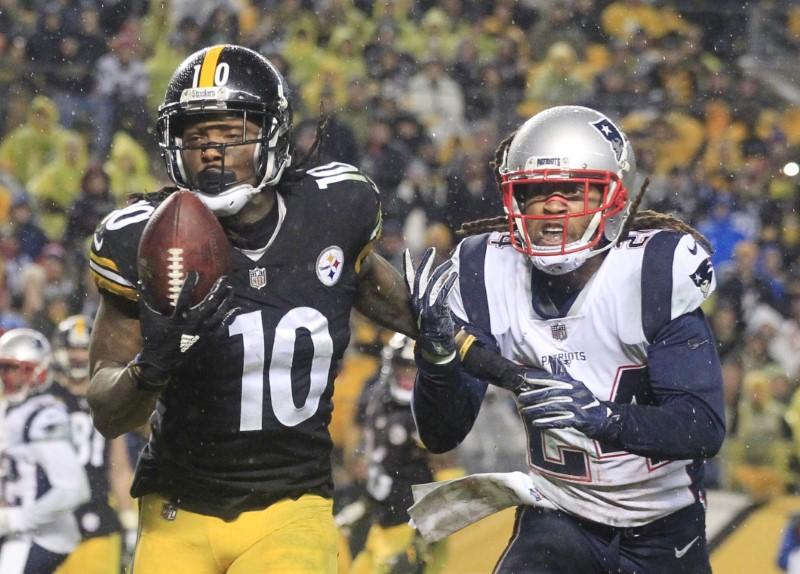 Martavis Bryant is facing a potential one-year suspension just six weeks into his fresh start with the Oakland Raiders.

According to the Las Vegas Review-Journal, Bryant could be facing a third suspension for substance-abuse violations.

Acquired by the Raiders for a third-round pick during the 2018 NFL Draft, Bryant is in all too familiar territory with the NFL office awaiting his fate, per the report.

A fourth-round pick out of Clemson in 2014, Bryant showed talent in the 2014 and 2015 seasons, scoring 15 touchdowns in his first 21 career games despite being a secondary option on a team loaded with offensive talent.

Bryant was suspended for all of 2016 for violating the NFL’s substance-abuse policy, and in 2017 was benched and temporarily demoted to the scout team in favor of 2017 second-round pick JuJu Smith-Schuster. Bryant finished the season 603 yards on 50 catches with three touchdowns.

The 26-year-old has yet to play all 16 games in a season, and he has never started more than eight in a campaign.

Bryant was acquired to join Jordy Nelson as new additions to the Raiders’ wide receiving corps, helping to replace the released Michael Crabtree.