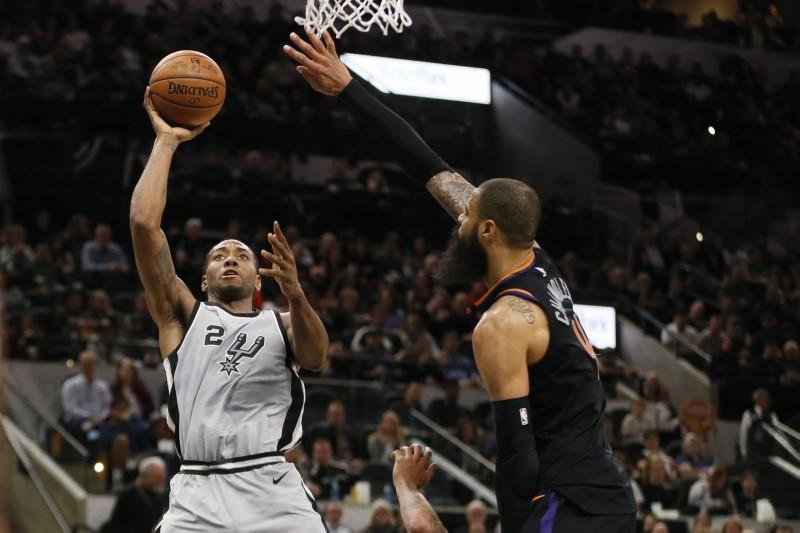 After seven seasons in San Antonio, star forward Kawhi Leonard wants out, according to reports.

The San Antonio Express-News reported Monday that the plan in place is for the sides to sit down and discuss “any issues or concerns Leonard may have, and hopefully come to a decision” about a possible five-year, $219 million supermax extension that the two-time first-team All-NBA guard is eligible to sign this offseason.

Both the Express-News and ESPN cited league sources in reporting that Leonard is determined to play elsewhere.

Leonard was supposed to meet with Spurs coach Gregg Popovich this week to resolve tension that arose during the All-Star’s lengthy absence last season. The two have reportedly had conversations, but haven’t met in person.

The ESPN report says that Leonard has his eye on playing in Los Angeles, preferably for the Lakers.

Leonard is still rehabbing his quad injury but is “96, 97 percent” healthy and expects to be ready for training camp in September.

The Express-News reported in late May that the team hoped to mend fences with its star and agree on the extension — which Leonard becomes eligible to sign on July 1 — sometime this offseason. If Leonard does not sign an extension, he’s eligible to hit free agency in July 2019.

Leonard, who turns 27 later this month, has been the subject of trade speculation for months after last season produced extensive tension between him and the team over the handling of his quadriceps tendinopathy, which limited Leonard to just nine games, during which he averaged 16.2 points and 4.7 rebounds.

Various reports over the last few months indicated the sides disagreed about the nature of Leonard’s injury, how to treat it and how soon he would be able to return to the floor. An ESPN report in May said the Spurs were worried Leonard’s group — led by uncle Dennis Robertson and agent Mitch Frankel — intentionally sought to sabotage the team’s relationship with Leonard in hopes of getting him traded to a larger market.

Leonard, a two-time Defensive Player of the Year, has played all seven of his NBA seasons with the Spurs since they acquired him on his draft night, after the Indiana Pacers took him 15th overall in 2011.