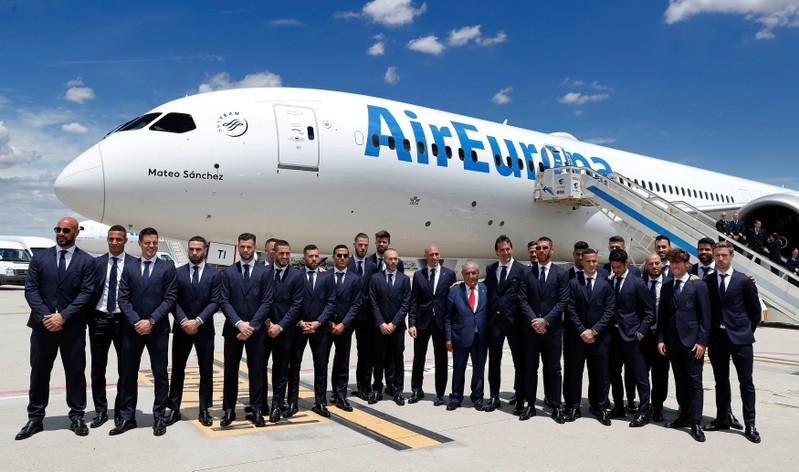 SOCHI, Russia (Reuters) – Spanish fans arriving in Sochi for their opening World Cup match against Portugal are split on whether their managerial turmoil will affect the side’s chances in Russia but they are unanimous in believing Friday’s game will provide quick answers.

The move rocked Spain, who came into the tournament with a 20-game unbeaten run, the longest of all 32 competing sides.

Fans gathering at the Fisht Stadium said it will take just minutes to tell whether the players have been distracted by the upheaval or if they will use it to spur them on.

“We are now expectant rather than confident. Today all will be revealed,” said Spanish fan Javier Rojo. “Today we’ll find out if they are up for it. I am sure they will be affected but I don’t know if it will affect their performances. This game will tell us what we need to know.”

The 2010 champions arrived in Russia as one of the title favorites, along with Brazil, Germany and France.

But fans now wonder whether they can retain that status.

“The feeling is that they made us a laughing stock. There were lots of other ways out of this and they chose the worst option.

“The feeling was that we were going to win the World Cup but now we’ll see. Everybody in Spain now harbors doubts.”

Fans from both sides gathered on the Black Sea promenade before the evening kick off.

The Spaniards were more numerous and in louder voice and prepared, it seemed, to retain their confidence – at least for now.

“Losing the coach is like the family losing a father,” said Manuel Diez. “Everyone comes together. I think the core of the team is its strength, players like (Sergio) Ramos, (Gerard) Pique, (Andres) Iniesta. But everything depends on today’s game.”