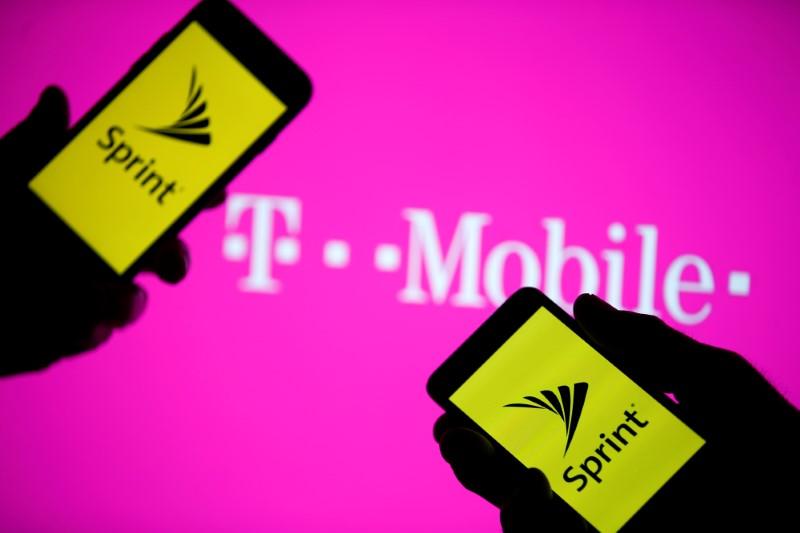 WASHINGTON (Reuters) – Wireless companies Sprint Corp and T-Mobile US Inc have informed the Federal Communications Commission that they will formally file an application asking for approval to merge on Monday, according to a document seen by Reuters.

A smartphones with Sprint logo are seen in front of a screen projection of T-mobile logo, in this picture illustration taken April 30, 2018. REUTERS/Dado Ruvic/Illustration

The document, which was filed to the FCC on Thursday, also requests a protective order that would shield sensitive corporate information from public view.

The two companies, which are the third- and fourth-largest wireless carries, agreed to a $26 billion all-stock deal in April that they said would create thousands of jobs and help the United States beat China to creating the next generation mobile network.

Neither Sprint nor T-Mobile immediately responded to a request for comment.