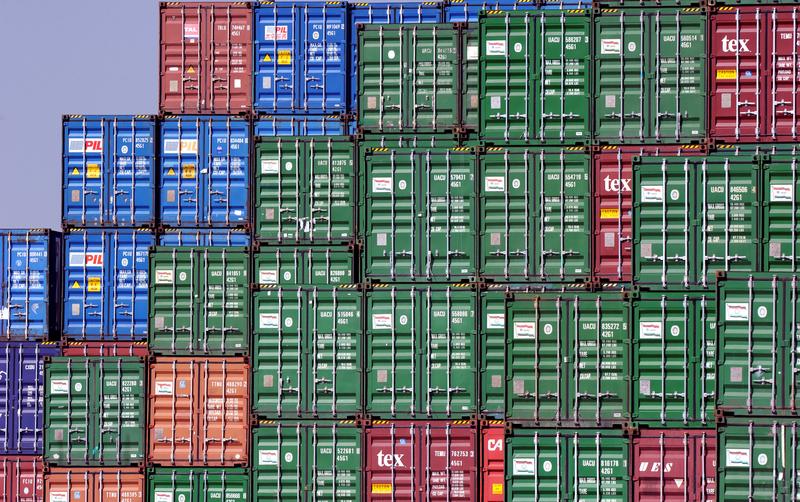 (Reuters) – Shares in U.S. industrial and materials companies were under pressure on Friday on escalating trade tensions between the United States and China after President Donald Trump announced tariffs on China, which said it would fight back.

FILE PHOTO: Cargo containers sit idle at the Port of Los Angeles as a back-log of over 30 container ships sit anchored outside the Port in Los Angeles, California, February 18, 2015. REUTERS/Bob Riha, Jr./File Photo

Before the market opened Friday Trump announced that the United States will implement a 25 percent tariff on $50 billion of goods from China related to intellectual property and technology, and pledged to impose further levies if China retaliates.

Within minutes of the announcement China said it planned to impose tariff measures of similar size and intensity.

“Industrial stocks are being hurt by the trade sanctions announced by the U.S. and compounding it is the stronger dollar,” said Paul Nolte, portfolio manager at Kingsview Asset Management in Chicago.

The dollar index .DXY, which measures the greenback against a basket of other major currencies, was last flat after rising as much as 0.4 percent. It was still on track for a 2.9 percent increase for the year to date.