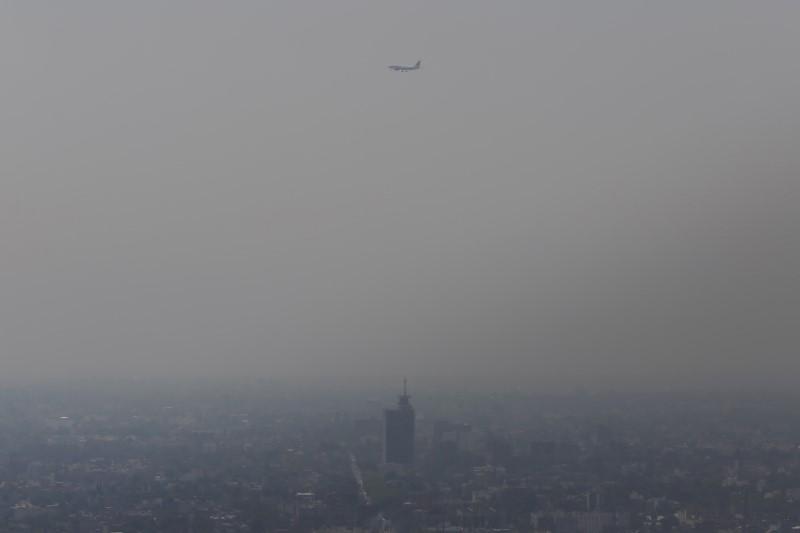 MONTREAL/BRUSSELS (Reuters) – The U.N. aviation agency is expected to include fossil fuels in a landmark global agreement to limit aircraft emissions, a move that could encourage airlines to purchase crude over more costly biojet fuels, sources familiar with the matter said.

Countries at the International Civil Aviation Organisation (ICAO) are seeking to agree on rules that will govern how the overall deal, brokered by the ICAO in 2016, will be implemented.

The United States, backed by Saudi Arabia and other countries, has proposed giving airlines credit for using crude oil as well as aviation fuels from renewable sources like corn, provided they meet the deal’s lower-emissions criteria, two industry sources said.

Europe will back the proposal next week at an ICAO meeting in Montreal, as long as the fossil fuels eligible under the deal deliver actual carbon savings, two European Commission officials said separately.

ICAO experts would determine how many emissions each fuel emits to avoid any confusion.

The emission levels of individual fuels need to be “very robust so there is no fooling around with what is the actual performance of one fuel over another”, one of the officials said.

Oil giant Saudi Arabia, for example, has previously argued that the 2016 agreement should be “fuel neutral” – whereby it does not discriminate between different types of fuels – because technological advances could one day enable crude to be produced with 10 percent fewer emissions, as the deal requires, according to a Saudi presentation seen by Reuters.

“What they (the Saudis) are saying is ‘don’t rule it out for us,” said the first industry source.

All of the sources spoke on condition of anonymity because talks on how to implement the 2016 deal, known as the Carbon Offset and Reduction Scheme for International Aviation (CORSIA), are private.

Representatives from Saudi Arabia and the U.S. State Department did not respond to requests for comment. An ICAO spokesman declined to comment.

The European Commission sent a letter to EU ministers this week reiterating concerns that any attempts to weaken the 2016 deal, which will go into effect in 2021, should be “strongly opposed.”

The agreement aims to cap airline emissions at 2020 levels, and airlines would be required to limit their emissions or offset them by buying carbon credits from designated environmental projects around the world.

Airlines would receive credit toward lowering their emissions if they use eligible lower-carbon fuels.

Haldane Dodd, spokesman for the Air Transport Action Group, which represents 50 members of the aviation industry, would not take a position on the use of lower-carbon crudes but advocated “strong sustainability standards for our fuels.”

Europe hopes that airlines will still be encouraged to use more costly biojet fuels if they deliver bigger emissions savings.

But with aviation biofuels now only produced in small quantities, lowering the emissions of conventional jet fuel may prove a better option for the environment, said a fifth source who works in the aviation industry.

“If we can develop technologies that are going to make fossil fuels with lower emissions, isn’t that a carbon savings compared with business as usual?”