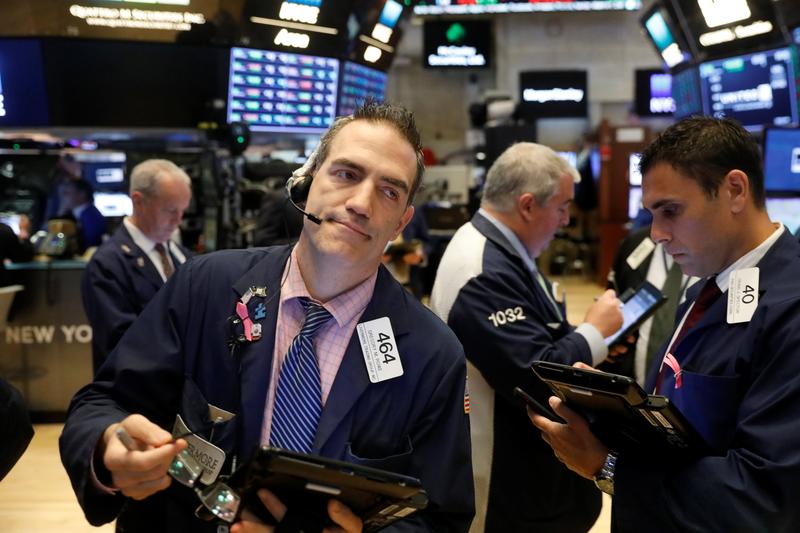 (Reuters) – Wall Street stocks were down marginally on Friday after the United States announced hefty tariffs on Chinese imports and China vowed to respond in kind, stoking investor worries over an escalating tit-for-tat trade dispute.

Traders work on the floor of the New York Stock Exchange shortly after the opening bell in New York, U.S., June 4, 2018. REUTERS/Lucas Jackson

The S&P 500 was essentially flat and the Nasdaq and Dow were slightly lower after paring earlier losses. After a week of choppy trading, the Dow was on track to post a weekly loss while the S&P and Nasdaq were poised to close in positive territory for the week.

U.S. President Donald Trump unveiled an initial list of strategically important goods that would be subject to a 25 percent tariff effective July 6, and China’s Commerce Ministry responded with its own list of U.S. imports targeting soybeans, aircraft, autos and chemicals.

The two countries have held several rounds of talks since early May but have yet to result in a deal, as the United States pressures China to narrow a $375 billion trade deficit.

“The market’s selling off, though not drastically, mostly on renewed fears of a trade war,” said Peter Tuz, president of Chase Investment Counsel in Charlottesville, Virginia. “Maybe people are just getting used to the rhetoric and stepping off of it a little bit.”

Boeing Inc (BA.N) shares were down 1.2 percent on the news. The planemaker is the single largest U.S. exporter to China.

Of the 11 major sectors of the S&P 500 four were in negative territory.

The energy sector .SPNY was the biggest percentage loser, down 1.7 percent as oil prices LCOc1 tumbled more than 3 percent ahead of next week’s OPEC meeting.

Declining issues outnumbered advancing ones on the NYSE by a 1.34-to-1 ratio; on Nasdaq, a 1.08-to-1 ratio favored decliners.