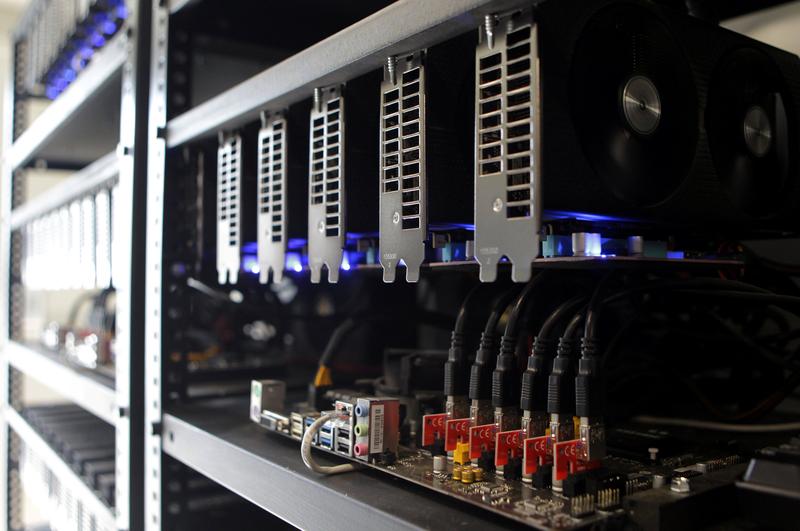 PRISTINA/SARAJEVO (Reuters) – What do you do in Kosovo, one of Europe’s poorest countries, if you’re unemployed but young, computer-savvy and proficient in English? If you’re also entrepreneurial, one cottage industry you might consider is ‘mining’ cryptocurrency, or digital coins.

Although the best-known cryptocurrency, bitcoin, has dropped far below the prices it hit in a speculative bubble last December, it can still provide a living in a country that has the highest internet penetration in the Balkans – and the cheapest electricity.

Nevertheless, the barriers to entry are not negligible.

Bitcoin is earned — or ‘mined’ — by using your computer to help process the uncrackable “blockchains” or digital transaction records that underpin the currency.

This requires huge computing capacity, and a lot of electricity, and so is mostly done with huge machines in aircraft hangar-sized warehouses in the cooler climates of Iceland, Canada, northern China and Russia, where it costs less to disperse the heat generated.

But Kosovo has one big advantage: the third-cheapest electricity in Europe at around 7 euro cents (8 U.S. cents) per kilowatt-hour (kWh), compared to an average of about 19 U.S. cents in Britain.

At that price, it costs just over $3,000 in electricity to mine one bitcoin, about half the currency’s current market value.

Then there is still the hardware investment – which means Graphics Processing Units (GPUs) – computer chips designed for the large volume of simultaneous calculations needed for video games, for instance.

Kastriot Kolgeci, 26, a software developer from the capital Pristina, said he had teamed up with three others to invest 60,000 euros ($70,500) to build a computer – or “mining rig” – inside a cargo container, with 480 GPUs – roughly the computing power of 480 video game consoles.

One bitcoin trader said a rig of 100 GPUs can earn 2,700 euros a month based on the current value of bitcoin, assuming a monthly electricity bill of around 900 euros ($1,040).

“Kosovars like to copy things fast. If one teenager is making money with coins, he will tell all his friends and, before you know it, all of them are mining,” said Dite Gashi, founder of a project to allow contracts to be signed digitally using blockchain encryption.

Coin mining is especially popular in northern Kosovo, mostly populated by Serbs who do not recognize Kosovo’s authorities, and refuse to pay for power at all.

Jovan Arsic, a computer science student who has been mining since 2015, helps rigs there. He said he knew of at least three large “mining farms” in the Serb-populated areas.

The business is clearly nothing like as profitable as it was when bitcoin was at its December peak of almost $20,000, as investors worry that monetary authorities will find ways to regulate a purely digital currency that circumvents the global banking system.

To make matters worse, the price of GPUs has risen sharply, to between $100 and $1,000 each, depending on processing power, at least in part because of the demand from bitcoin miners.

One miner in Kosovo said he had been able to earn $500 a month in 2017, on a par with an average wage, but that this had now halved.

Still, the cottage industry shows no sign of abating, not least because of the lack of alternative prospects.

Half of Kosovo’s 1.8-million-people are under 25, but half a million are unemployed. And half the adult population say they want to move abroad to escape corruption and cronyism.

Cryptocurrency miner Milot Mehmeti named his bar in Pristina after the creator of bitcoin, Satoshi Nakamoto. His clients can pay for an espresso with bitcoin, or buy and deposit them via an ATM in the bar, one of four in Kosovo.

With such a large shadow economy, some of the money going onto mining rigs is likely to stem from people keen to launder dubious profits – in Kosovo, even apartments can be bought for bitcoin.