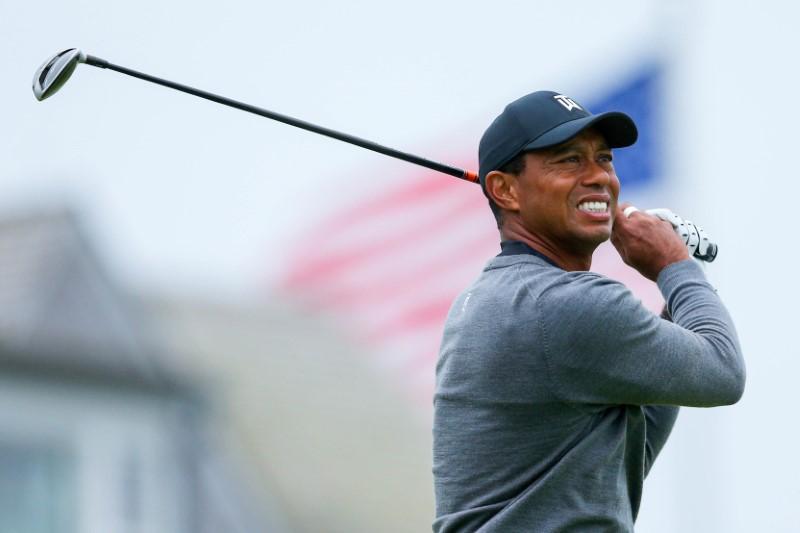 SOUTHAMPTON, N.Y. (Reuters) – Tiger Woods will probably miss the halfway cut at the U.S. Open despite recording birdies on the final two holes of his two-over-par 72 second round at Shinnecock Hills on Friday.

The 14-times major champion carded a 10-over total of 150 that will probably end up being at least one stroke too many for him to be among the top 60 players (and ties) who will advance to the final two rounds.

Woods did not play badly on Friday, but the damage had been done with an opening 78 that included a triple-bogey at the first hole.

“I’m not very happy with the way I played and putted. I don’t think you can be too excited about 10 over par,” he said, before somewhat contradicting himself.

“I’m hitting it just fine. I’ve just haven’t made any putts and, importantly, haven’t made the key ones to keep momentum going.”

Woods set a goal of shooting 67 or 68, and that did not look particularly unrealistic after he birdied his first hole, the par-four 10th.

But he later hit a pothole at the same hole that shook him on Thursday, the par-four first, where he ran up a double-bogey that at least was better than his triple from the previous day.

“I couldn’t chase down the leaders straight away,” he said. “Unfortunately it went the other way.”

The former world number one is playing a full schedule this year after a 2017 spinal fusion fixed a debilitating back problem that largely curtailed his schedule the previous four seasons.

Before this week he had missed the cut only once in nine events in 2018.

He bristled when asked whether he still had another victory in him.

“Have you seen the way I’ve been swinging?” said the man who has won 79 times on the PGA Tour, second only to Sam Snead’s 82 victories.

Reporting by Andrew Both, editing by Ed Osmond and Ian Chadband