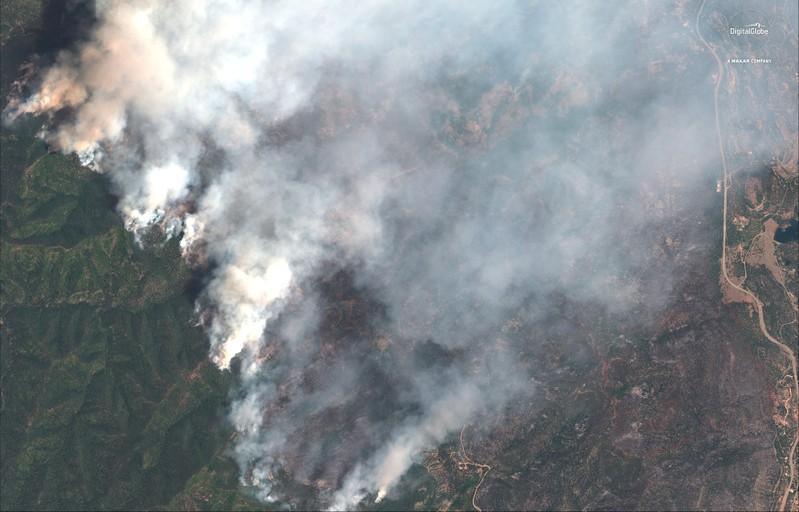 DENVER (Reuters) – Heavy thunderstorms and widespread rains expected on Saturday in the U.S. Southwest could help douse the numerous unrelenting wildfires crews are battling in the parched region.

But they could also bring the potential for dangerous flash flooding as 1 to 3 inches (3 to 9 cm) of rain is forecast to fall in parts of the five-state region where more than 20 wildfires have left behind areas of barren earth, the National Weather Service said.

“Water can rise quickly downstream of heavy rain, even when thunderstorms and heavy rain are miles away,” the service said in an advisory. “Rock and mud slides, and high water flowing across roads, are also possible which could impact travel.”

One of the areas of particular concern is in southwestern Colorado where the largest and most threatening blaze is the 416 Fire, which has scorched nearly 33,000 acres (13,000 hectares)near the town of Durango. The fire was 20 percent contained as of Friday night, fire officials said.

“When an area has burned, soil become hydrophobic, or water resistant, which causes water to rush over soil instead of soak in,” The Rocky Mountain Incident Management Team said in an advisory, noting that crews are in place to perform water rescues.

Some 143 residences and businesses remain under evacuation orders and another 2,513 are under a pre-evacuation notice, La Plata County officials said.

The 416 Fire and a separate, smaller blaze burning nearby, the Burro Fire, prompted state parks officials to close several wildlife areas to the public. The U.S. Forest Service has closed all 1.8 million acres of the San Juan National Forest to visitors.

No one has been injured and no structures have been lost in the Colorado fires, but nine homes were destroyed in a small wildfire in Utah.

In southern Wyoming near the Colorado border, the Badger Creek Fire in the Medicine Bow National Forest is nearly 15,000 acres, according to the Inciweb online U.S. fire information service.

The Wyoming fire containment was listed as zero percent by fire officials. About 400 homes in Albany County have been ordered to evacuate, and one home and two outbuildings have been destroyed by the flames, a fire incident spokesman said.

The fire also has prompted the closure of about 50,000 acres of the 2.9 million-acre national forest, and 16,000 acres of the Arapaho-Roosevelt National Forest and Pawnee National Grasslands in neighboring Colorado, the spokesman said.