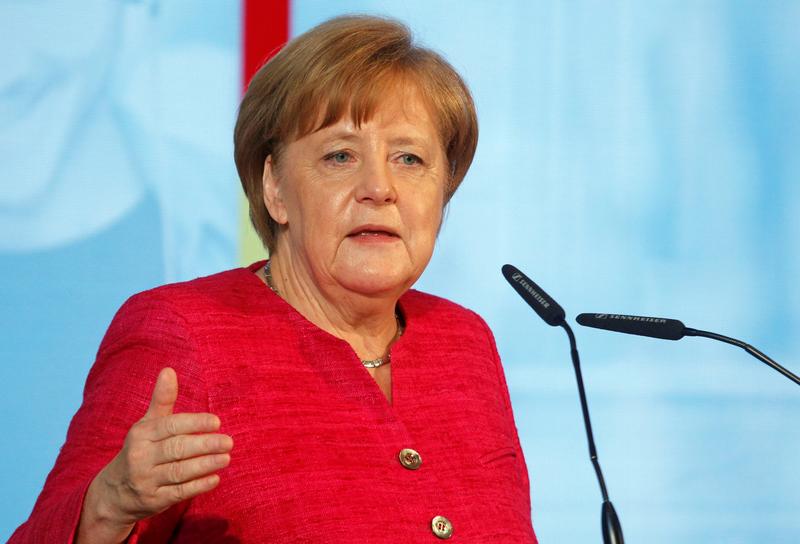 BERLIN (Reuters) – German Chancellor Angela Merkel, struggling to avert a crisis within her coalition on migrant policy, is trying to set up a meeting of some EU states to discuss the issue before a leaders summit on June 28-29, a German newspaper reported on Sunday.

“It is not yet agreed, we are in the planning phase. It is also unclear exactly when this special summit would take place,” a member of the Italian government told Bild. The paper added that next weekend might be one possibility.

A German government spokesperson was not immediately available to comment on the report.

EU states are deeply divided on how to deal with large numbers of people fleeing conflict, especially from the Middle East. The issue has come to a head in the last week with a new Italian government refusing to let a ship carrying hundreds of migrants dock at its ports.

Merkel is adamant that migrant policy can only be effectively agreed and implemented at the European level and is at loggerheads with her own conservative Bavarian allies and her Interior Minister who want unilateral action.

The Bavarians have threatened to defy Merkel and on Monday go ahead with plans which she has sought to block. Under the minister’s proposal, Germany would send back migrants who have already registered in other EU countries.

This would undermine Merkel’s authority as it represents a reversal of her 2015 open-door approach, and would also be a blow to the EU’s Schengen open-border system.

Merkel has asked the Bavarian conservatives to give her two weeks to come up with bilateral deals with some countries, like Italy and Greece, similar to one agreed between Turkey and the EU in 2016.

Bild said it was unclear whether Spain and other countries from the Balkans would take part in Merkel’s meeting.