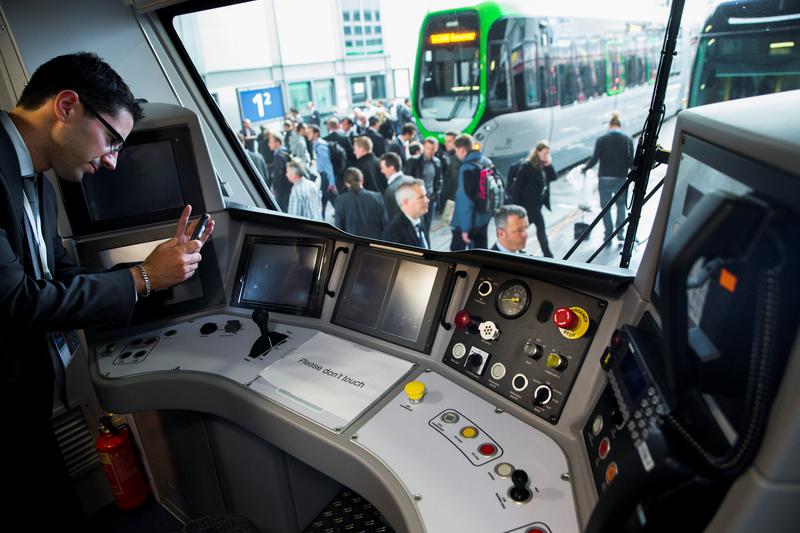 LONDON (Reuters) – Germany’s Siemens (SIEGn.DE) has been awarded a contract worth about 1.5 billion pounds ($2 billion) to design and build 94 new generation trains for the Piccadilly Line on London’s metropolitan train network known as the Tube.

A man takes a picture of the cockpit of a Desiro City passenger train by Siemens Mobility at the InnoTrans railway technology trade fair in Berlin, September 25, 2014. REUTERS/Thomas Peter

“The award of this contract is a significant step allowing Siemens Mobility Limited to progress its plan to build a new factory in Goole, East Yorkshire, to manufacture and commission trains,” said Transport for London, the public body in charge of the Tube, in a statement.