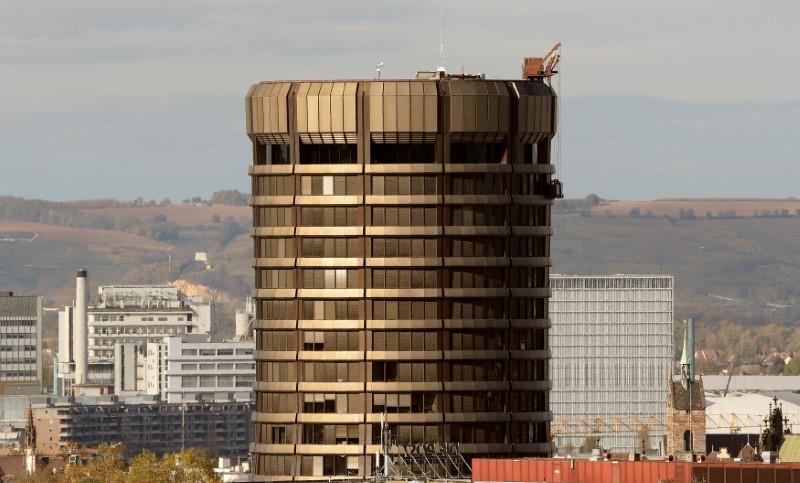 LONDON (Reuters) – Regulations introduced after the financial crisis a decade ago to smooth out banking booms and busts should be extended to funds that provide credit, or shadow banks, and fintech firms, the Bank for International Settlements (BIS) said on Sunday.

The headquarters of the Bank for International Settlements (BIS) are seen in Basel, Switzerland October 24, 2017. REUTERS/Arnd Wiegmann

The introduction of “macroprudential” policy requiring banks to build up separate “countercyclical” buffers of capital if credit markets become frothy was a core crisis-era innovation.

The buffers can be released if loans begin turning sour and maintain resilience of the financial system to shocks – a departure from the traditional “microprudential” focus on the stability of individual banks.

The BIS, a forum for the world’s central banks, said in its annual report on Sunday that macroprudential tools devised so far might still not be effective enough in dealing with risks from other financiers, such asset management funds.

These funds are known as shadow banks because they also offer credit. The business has grown significantly since the crisis as more tightly regulated banks rein in lending to ease the capital charge burden.

The Financial Stability Board, based at the BIS in Basel, Switzerland, said in March that shadow banking from open-ended bond funds, hedge funds, money market funds and other types of funds rose 7.6 percent to $45.2 trillion in 2016.

The rise of “fintech” or use of apps on smartphones to innovate in financial services such as payments, might also shift the nature of risk and require a new arsenal of macroprudential instruments, the BIS said.

Existing regulation of asset management was geared mainly towards soundness of individual funds and consumer protection, and failed to fully incorporate how actions by one fund could affect others, the BIS said.

“The macroprudential perspective should be extended to asset management funds to address these concerns,” the BIS said.

Some regulators are taking steps on their own turf.

The U.S. Securities and Exchange Commission introduced new rules in January 2017 requiring some mutual funds to have enough liquidity to cope with sudden increased demand for redemptions. The Bank of Mexico and the France’s markets watchdog have also taken action.

But close cooperation was needed between regulators and central banks to deal with risks to the wider financial system, the BIS said.

“The growing importance of asset managers and other institutional investors in both domestic and cross-border financial intermediation requires national authorities to monitor potential systemic risks from these activities at both the national and global levels, and to consider how best to employ macroprudential approaches to deal with such risks,” the BIS said.