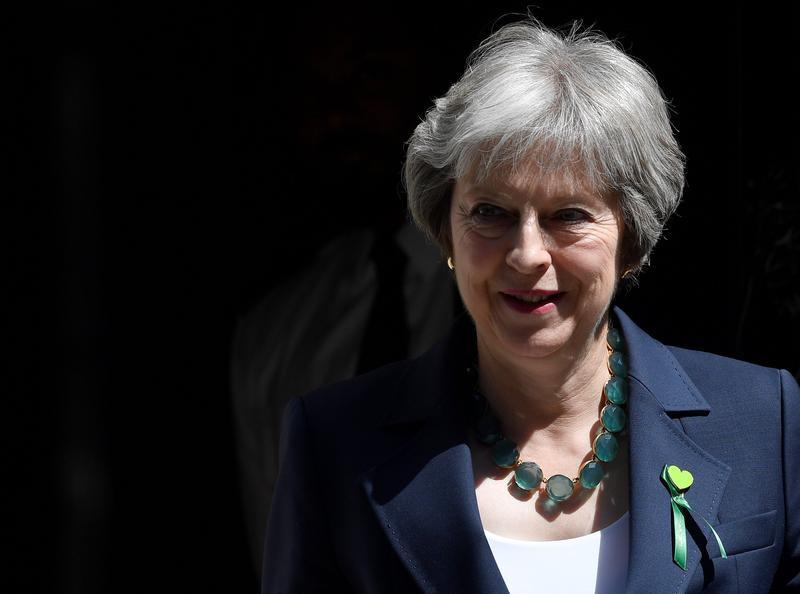 LONDON (Reuters) – British Prime Minister Theresa May will pledge a cash boost to the National Health Service, to be funded partly from tax hikes and partly from money that will no longer be going to the European Union after Brexit, newspapers reported on Saturday.

May will pledge to increase the NHS budget by 20 billion pounds a year, or 384 million pounds a week, after Brexit, according to front-page reports in the Sunday Times, Sunday Telegraph and Observer, which were published late on Saturday.

The announcement, timed to mark the 70th anniversary of the NHS, which delivers care for free to everyone living in Britain, aims to foster unity in the government and the country after two years of bitter divisions over Brexit, the reports said.

An official spokeswoman from May’s Number 10 Downing Street said she did not have the details available. She said the reports were the result of unofficial briefings by “spads,” or special advisers.

Downing Street had earlier said May would deliver a speech about the NHS on Monday, giving no further details. Spads are known to sometimes brief the content of speeches to newspapers ahead of time for their own purposes.

The NHS budget increase was expected to take place over five years, reaching the full amount in 2023/24, the newspapers said.

A woman passes an NHS sign at The Royal London Hospital in London, Britain May 13, 2017. REUTERS/Neil Hall/File Photo

Britain’s official exit date from the European Union is March 29, 2019.

During the 2016 referendum campaign on EU membership, the pro-Brexit camp claimed that Britain was sending 350 million pounds a week to the EU and should spend that money on the NHS instead.

The claim was controversial because the figure of 350 million pounds did not take into account Britain’s sizeable rebate or the payments that were flowing back from the EU to Britain, so it was widely seen as overstating Britain’s contribution to the bloc.

The newspapers said the 384-million-a-week pledge was politically significant from May – who campaigned against Brexit in 2016 and has been under pressure from hardline Brexiteers ever since to prove her conversion to the cause – because it went above and beyond 350 million.

Jeremy Hunt, the health minister who also campaigned for Britain to remain in the EU, was quoted by the Sunday Telegraph as saying that the new pledge “can now unite us all.”

The newspaper said the precise details of how the spending increase would be funded would be disclosed in a future government budget.