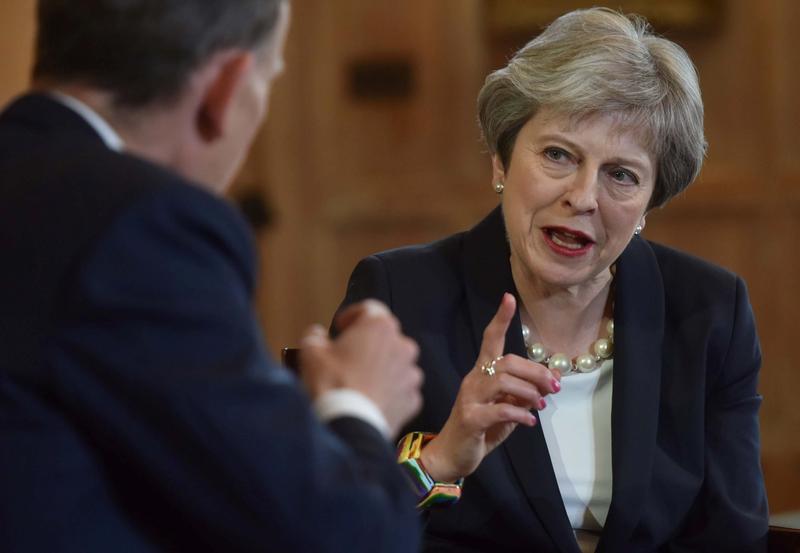 LONDON (Reuters) – Prime Minister Theresa May’s Brexit plans face rejection by parliament’s upper chamber on Monday, setting the stage for a high-stakes confrontation with rebel lawmakers later in the week which could rock her minority government.

Ministers are seeking approval for the final wording of the legislation that will end Britain’s membership of the European Union next year, but have fallen into a bitter row with pro-European lawmakers who want parliament to have a say in the exit process if talks in Brussels fail to reach an acceptable deal.

The row threatens May’s authority over her divided Conservative Party, and underlines the delicate balancing act she has to pull off to keep those who want a “softer” Brexit onside, without upsetting those in favour of a clean break.

On Monday, the House of Lords will debate different proposals for a so-called “meaningful” vote – the role that parliament will play if lawmakers reject the exit deal May negotiates with the EU, or if she fails to agree an exit deal at all.

Talks between May and the pro-EU rebels on a compromise plan broke down last week at the last minute, leaving two similar but crucially different proposals on the table.

The rebels are holding out for more, warning that they could bring down the government. Ministers are digging in and refusing to give ground for now.

May’s Conservatives do not have a majority in the unelected House of Lords, and with the opposition Labour Party deciding to back a rival proposal, the government faces defeat when the debate begins some time after 1400 GMT.

That would tee up a showdown in parliament’s directly elected chamber on Wednesday which will be crucial for May’s attempts to resist a move seen as a step towards a softer Brexit, meaning closer ties to the EU on issues likes customs and regulation.

Both houses of parliament must agree the final wording before it can become law, but results in the lower house, where May rules with the support of a small Northern Irish party, are more consequential for her leadership.

Failure to keep her party in line would signal trouble for several other key, but contentious, pieces of legislation needed to prepare for Brexit, including on central issues such as trade and customs policy.