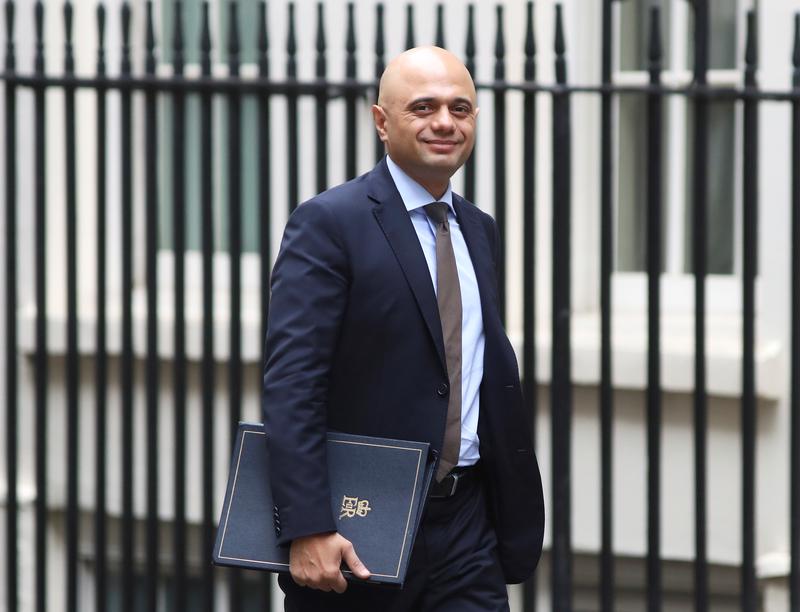 LONDON (Reuters) – Britain’s Home Secretary Sajid Javid, said on Sunday that his phone had been stolen by moped-riding thieves several months ago and that he was seeking changes to police rules to help tackle the growing problem.

Moped theft, in which attackers surprise pedestrians and grab phones and bags, is one of several violent crimes in London that have attracted national attention. Earlier this year, a spate of stabbings briefly pushed London’s murder rate ahead of New York’s.

In an interview with the Sun on Sunday newspaper, Javid said the incident occurred outside London’s Euston station as he went to make a phone call. It happened before he took up his job in charge of domestic security.

“I was walking out of Euston station and reached for my phone to call a taxi … before I knew what was happening, it had gone. They just rode up, grabbed it and zoomed off,” he said.

Javid, seen by some as a potential challenger to Prime Minister Theresa May, was appointed in April after a scandal over the treatment of legal migrants led to the resignation of his predecessor.

Javid said that while overall crime levels were down, he would make tackling rising knife crime and serious violence a priority. He wants to change rules which prevent police from chasing suspects on mopeds if they are not wearing helmets.

“It’s ridiculous. Police should be allowed to get on with the job,” he said. “If someone commits a crime and police want to pursue them, they should have much more freedom to.”