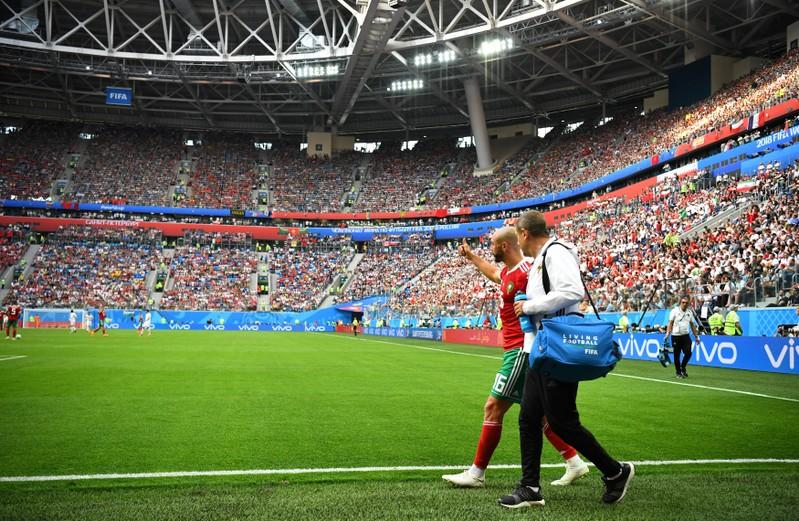 MOSCOW (Reuters) – Morocco winger Nordin Amrabat has been discharged from hospital but he will not play in the side’s next World Cup Group B clash against Portugal on Wednesday after suffering concussion in the 1-0 loss to Iran, officials said.

Amrabat was withdrawn after a 72nd-minute clash of heads with Iran’s Vahid Amiri in St Petersburg on Friday as the north Africans were beaten in their opening game at the tournament.

The pair were chasing a loose ball down the touchline when Amrabat sprinted into the back of Amiri, hitting his head against that of his opponent.

Amrabat spent one night in hospital before being discharged and allowed to return to the team base in Voronezh, some 500 km south of Moscow.

However, he would be unavailable for at least a week, a statement from the Royal Moroccan Football Federation said.

Morocco’s medical team have since been criticized for slapping the player around the cheeks as they treated him when it seemed obvious he had suffered a serious blow to the head and his legs were wobbly.

Amrabat was replaced by his younger brother Sofyan for the final stages of the game.

Morocco meet Portugal at Moscow’s Luzhniki Stadium in a match they must win if they hope to stand any chance of advancing in the tournament.