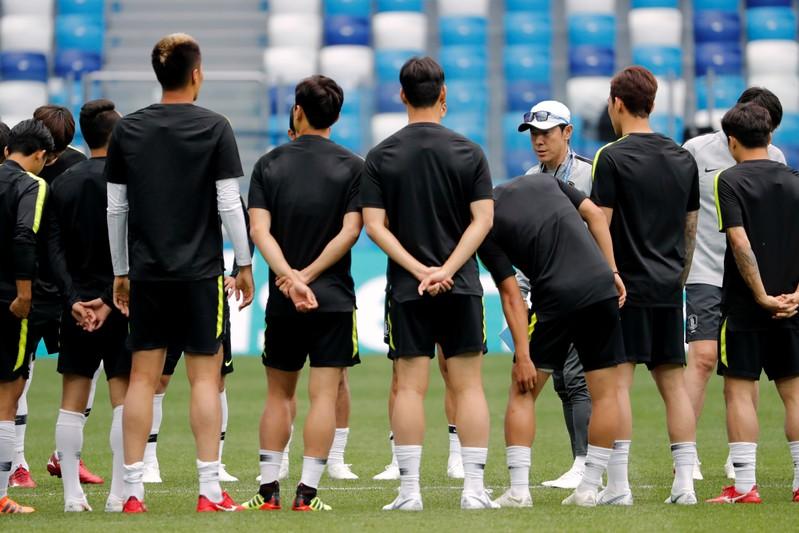 The teams begin their campaigns on Monday and have been creative in trying to study each other’s tactics in the build-up to the Group F match at the Nizhny Novgorod Stadium.

A Swedish scout used a house near Korea’s training base in Austria this month to watch training sessions using a high performance telescope and video camera.

“It took a long car journey up the mountains to reach the house, but it was a perfect spot to observe the Korean team’s training,” Lars Jacobsson, a member of the Swedish coaching staff, said on Sunday.

He had earlier been kicked out of a closed training session, after failing to convince the Koreans he was a passing tourist, and persuaded a local couple to let him use their house, overlooking the training facility, to watch their rivals working on their World Cup routines.

“It is very important we show respect for an opponent and if what we did has been perceived in another way, then we apologize,” Andersson said.

“This is something small that has been turned into something much bigger because usually our information about our opponents comes from us watching them play matches.”

It was all no matter to the Koreans, insisted Shin, who said such in-depth analysis of opponents was now the international norm.

In any case, he had a ruse of his own to outfox the Swedes, making his players use different jersey numbers.

“We switched them around because we didn’t want to show our opponents everything and to try and confuse them.

“They might know a few of our players but it is very difficult for Westerners to distinguish between Asians and that’s why we did that,” Shin said.

“All coaches probably feel their opponents are always spying on them. I think it’s perfectly natural that we all try to get as much information on each other as we can.”