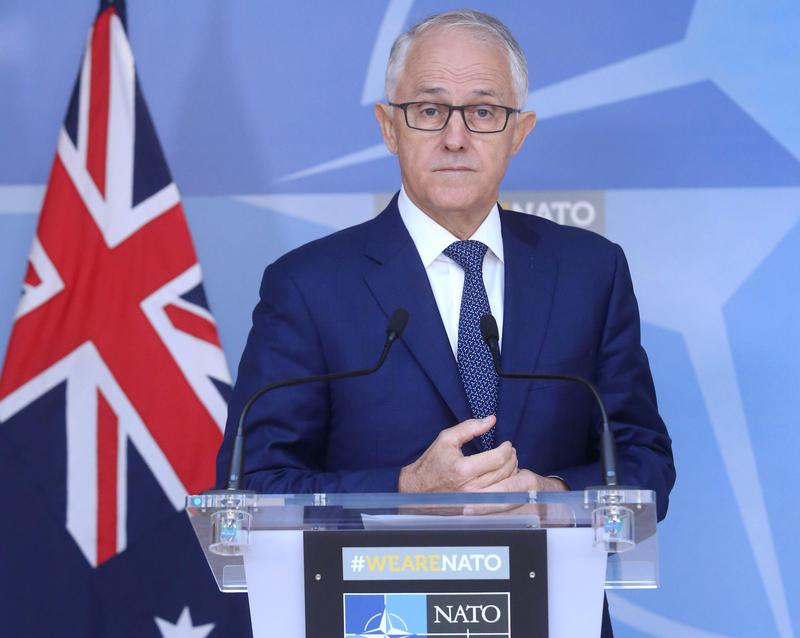 SYDNEY (Reuters) – Australian Prime Minister Malcolm Turnbull’s personal popularity is at its highest level in two years, an opinion poll showed on Monday, but his government still trails the opposition a month before crucial by-elections.

The latest Newspoll, published by The Australian newspaper on Monday, gave Turnbull a 40 percent approval rating, the highest since his government was elected in 2016, as support for the far-right One Nation party has slumped.

The result suggests Turnbull has shed the ill effects of a scandal over his deputy’s personal life and the disqualification of 11 lawmakers from parliament over their dual-citizen status, but his ruling party continues to lag behind.

Turnbull’s center-right Liberal-National coalition trailed Labor 52-48 on a two-party preferred basis, according to the fortnightly poll. The ruling coalition has trailed in 34 straight Newspoll surveys.

“(Popularity) is personality-driven and Turnbull, for at least more people, seems to come across favorably,” said Chris Salisbury, politics lecturer at the University of Queensland.

“But I don’t know that it necessarily translates to any greater chance of success for the coalition retaining government,” he added.

Turnbull’s office declined to comment, but Australian Treasurer Scott Morrison told Sky News he was “not fussed” by the poll numbers.

Five by-elections scheduled for late July do not threaten the government’s slender one-seat majority since they are all in seats held by rival parties.

However, they will serve as a crucial test of the public mood ahead of a general election due in 2019, Salisbury said, adding that a very strong showing in the by-elections could tempt Turnbull to call an early poll.

Three Australian prime ministers have been ousted by their own parties since 2010 after their popularity began to wane. Turnbull himself cited the loss of 30 consecutive polls by his predecessor, Tony Abbott, as a reason for his removal.

The slump in support for One Nation, which fell two percentage points to six percent in Monday’s poll, throws an additional wildcard into Australian politics – as does the re-launch of maverick businessman Clive Palmer’s United Australia Party, which he announced on Monday.

One Nation’s leader Pauline Hanson has lost two senators to resignations, including one who has already defected to Palmer’s party, while a third was forced out of parliament because he was a citizen of Britain at the time of his nomination, which is not allowed.

The losses have robbed One Nation of its ability to block Turnbull’s legislation and raised the prospect he can introduce tax cuts.