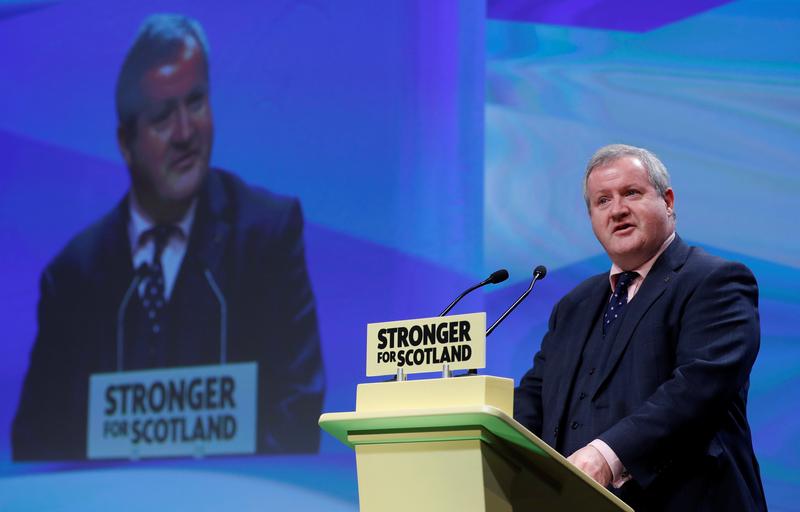 EDINBURGH (Reuters) – The British government is fuelling support for Scottish independence by overriding the devolved Edinburgh assembly’s wishes over Brexit, the leader of the Scottish National Party (SNP) in Britain’s parliament warned on Monday.

The pro-independence SNP’s Ian Blackford cited a rise of more than 7,000 members in his party in recent days as evidence that Britain’s Conservative-led government is fuelling discontent in Scotland by ignoring its wishes over power-sharing as the United Kingdom leaves the European Union.

Last week, Blackford was thrown out of the House of Commons chamber by the Speaker because he refused to sit down. SNP members then walked out in protest after parliament did not allow time for a discussion on Scotland’s part in Brexit.

“Be careful,” Blackford told lawmakers from Prime Minister Theresa May’s Conservative party during an emergency debate, warning of a tipping point towards independence in Scotland.

“We only have to look at the increased membership of the SNP (in recent days), people who have not supported the SNP previously and have not supported Scottish independence and they are simply appalled that there is an attack on the Scottish parliament and devolution,” Blackford said, in heated exchanges.

Scotland voted to stay in the United Kingdom in a referendum in 2014. Two years later, Scottish voters overwhelmingly backed remaining in the European Union, even as Britain as a whole voted to leave.

Last Tuesday, British lawmakers voted to push through legislation to allow Britain a legal framework after it leaves the EU that includes measures affecting Scotland in areas such as agriculture and fisheries. Scotland’s devolved parliament had rejected those measures last month with the backing of all parties apart from the Scottish wing of May’s Conservatives.

May’s party accuses the SNP of stoking grievances over devolution, and argues that the SNP had not backed legislation to take Britain out of the EU because it wants to further its quest for independence from the UK.

Many Scottish lawmakers are unhappy at a clause in the EU withdrawal bill that temporarily restricts the Scottish parliament’s powers, leaving them in the hands of London while the rules governing Britain after Brexit are redrawn.