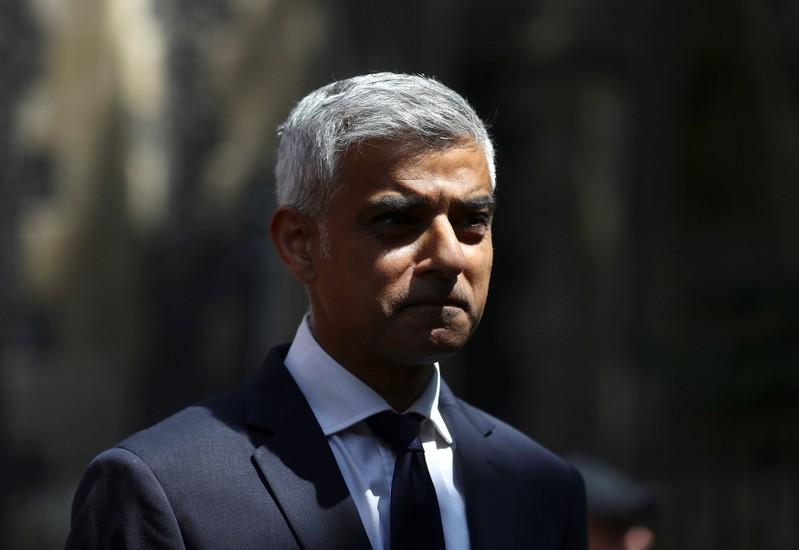 LONDON (Reuters) – London Mayor Sadiq Khan and other city leaders from across Britain said on Monday a government plan to ban the sale of new diesel and petrol cars should be brought forward by 10 years to 2030, in the latest push to improve air quality.

FILE PHOTO: Sadiq Khan, the Mayor of London, attends an event to mark the anniversary of the attack on London Bridge, in London, Britain, June 3, 2018. REUTERS/Simon Dawson

Prime Minister Theresa May’s Conservative government said last year it would ban the sale of new petrol and diesel cars from 2040 although it is unclear whether that includes hybrid vehicles, which have both an electric and combustion engine.

The government is due to detail the proposals in a “Road to Zero” plan shortly, but on Monday, Khan joined mayors and city leaders from Manchester, Liverpool, Oxford, Sheffield and Bristol to call for the measures to be implemented quicker.

“Banning the sale of new petrol and diesel vehicles by 2030, providing support to deliver Clean Air Zones in cities and introducing a national vehicle renewal scheme will dramatically improve our air quality and our health,” said Khan, who is from the opposition Labour Party.

Cities and nations around the world are introducing restrictions or bans on the use of vehicles powered by combustion engines in the years ahead to cut high levels of pollution.

Carmakers have argued that cleaner diesel models play a part in bringing down overall carbon dioxide emissions but demand for the segment has nosedived in much of Europe for over a year as many authorities plan clampdowns and tax hikes.