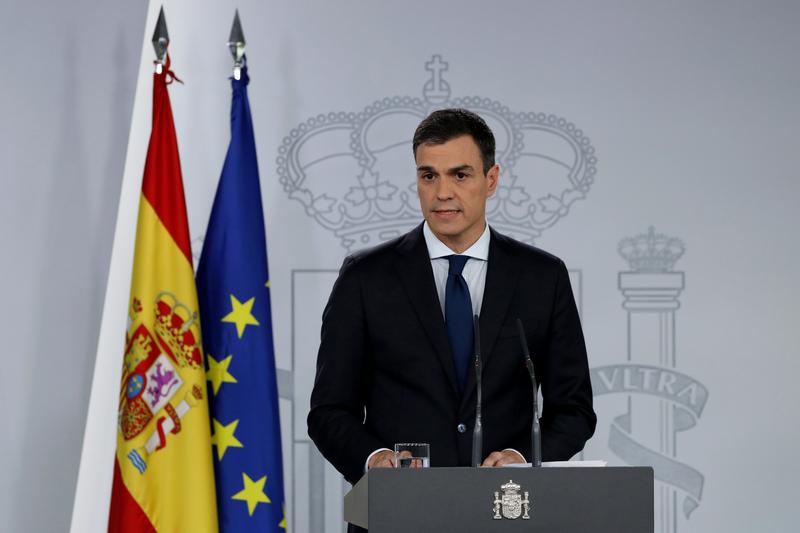 MADRID (Reuters) – Spain’s new Prime Minister Pedro Sanchez on Monday said he was unlikely to call a snap election and that he wanted to hold the next countrywide vote in 2020 when the current term is scheduled to end.

Sanchez, who toppled his conservative predecessor Mariano Rajoy last month in a confidence vote, controls less than a quarter of the seats in the parliament and he had been until now widely expected to call a general election in the next months.

“My ambition is to go until the end of the term and call the next election in 2020,” Sanchez told Spain’s public broadcaster TVE in his first interview since he was sworn in.

From appointing a cabinet with a majority of women to taking in drifting migrant ship Aquarius or raising public pensions in line with inflation, Sanchez has announced high-profile measures to cement his power and lure left-wing voters.

He also said on Monday he would soon meet the head of the restive Catalonia region and was in favor of bringing Catalan politicians who are currently in jail for their role in an illegal independence drive closer to home.