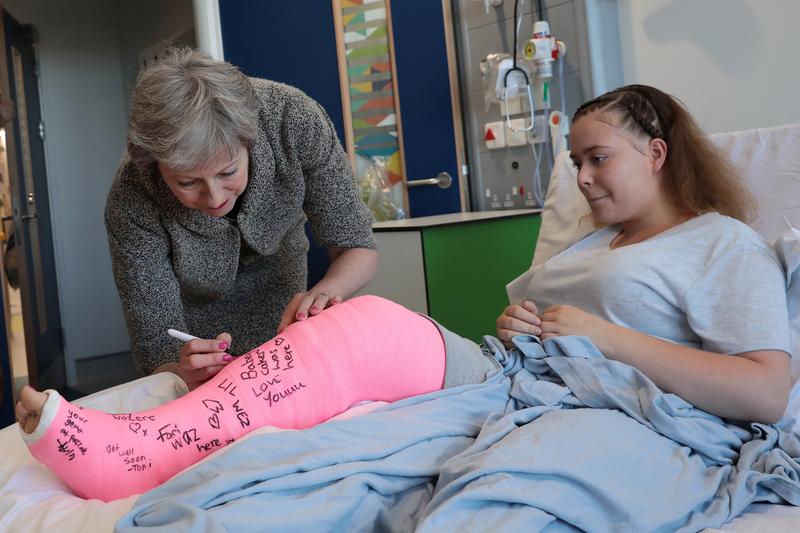 Britain’s Prime Minister Theresa May signs the cast of patient Jade Myers, 15 of London, who broke her leg falling off a wall, during a visit the Royal Free Hospital in London, June 18, 2018. Dan Kitwood/Pool via Reuters

“There was broad support in cabinet for the plans which have been set out today by the prime minister and the health secretary,” the spokesman told reporters.

“They were all supportive both of the funding … and the scale of the announcement … The chancellor will be coming forward with further detail on the funding arrangements later in the year.”