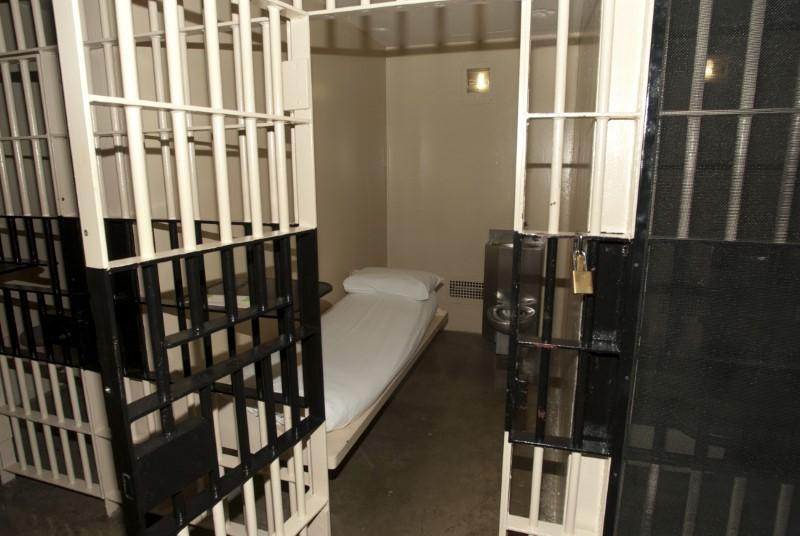 AUSTIN, Texas (Reuters) – After two recent botched U.S. executions of inmates with compromised veins, a convicted murderer and rapist is arguing he is too ill to be put to death by lethal injection in Texas later this month.

A jail cell on death row, where prison inmates await execution, at a state penitentiary in Texas.
REUTERS/Texas Dept of Criminal Justice

Lawyers for Danny Bible, a 66-year-old inmate set to be executed on June 27, said in a federal court filing in June that his health and vein access were worse than inmates in Alabama and Ohio whose executions were called off after IV placements failed.

The cases have capital punishment critics questioning whether justice is served by executing a person convicted of horrific crimes but who is now too weak or sick to be considered a threat.

“At some point you would think that some segment of society, if not all of society, will say that enough is enough and this goes beyond seeking justice to excessive retribution,” said David Stebbins, a federal public defender who represented Alva Campbell, the inmate in the botched Ohio execution in November.

“But unfortunately, I don’t think we are there yet,” he added.

Some death penalty proponents counter that sympathy should not be shown to inmates who they accuse of trying to game the system by filing appeals that take decades to wind through the courts, denying justice to the victims’ families.

The average age of death row inmates has increased in the United States as the number of executions has trended downward, as fewer states conduct lethal injections and appeals take more time.

More than 40 percent of U.S. death row inmates are 50 years of age or older, according to U.S. data and the nonprofit Death Penalty Information Center.

In recent years, death row inmates were just as likely to die awaiting execution as they were to be executed.

Last year, 24 death row inmates across the country died in prison awaiting execution, mostly due to natural causes, while 23 inmates were executed, according to data compiled by Reuters.

Of the first group, six of those inmates died awaiting executions in California, which has the largest death row of 746 inmates but has not conducted an execution since 2006.

In 2016, there were 19 non-execution deaths and 20 executions in the United States, according to the Bureau of Justice Statistics.

Bible was sentenced to death in Texas for a string of rapes and murders that started in the Houston area in 1979 and earned him the nickname “ice pick killer” for the weapon he used.

His lawyers now are seeking to halt his execution, saying he is confined to a wheelchair after he fractured his spine in a prison bus crash in 2003 and has coronary artery disease, diabetes and hypertension.

“Under the current circumstances, attempts to place IVs in Mr. Bible would be futile and likely result in significant pain and suffering,” his lawyer wrote in their court filing.

The Texas Attorney General’s Office did not respond to a request for a comment, and the Texas Department of Criminal Justice said it had full confidence in its ability to complete Bible’s execution.

Lawyers for the inmates whose lethal injections were aborted in the past year say those cases offer a cautionary tale.

The execution of convicted murderer Doyle Hamm, 61 and suffering from terminal cancer and chronic illnesses, was called off in February after medical personnel tried for 2-1/2 hours to place an intravenous line.

The effort left Hamm with more than a dozen puncture wounds, court records showed, and came after his lawyers argued that any lethal injection attempt would be futile due to his compromised veins.

Ohio also called off the execution of convicted murder Campbell, 69, because death chamber personnel could not find a suitable vein in the inmate, frail from cancer and other diseases.