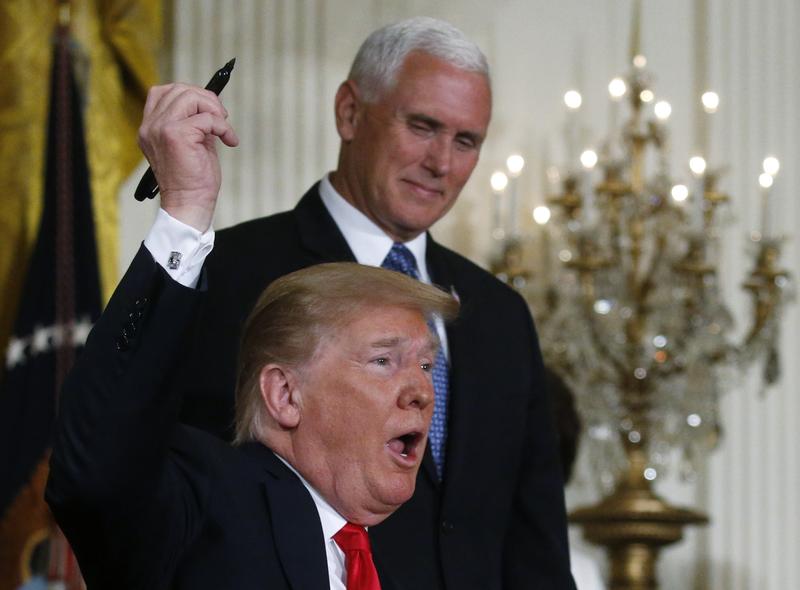 WASHINGTON (Reuters) – U.S. President Donald Trump on Monday said he was ordering the creation of a sixth branch of the military to focus on space, a move critics said could harm the Air Force.

“It is not enough to merely have an American presence in space. We must have American dominance in space,” Trump said before a meeting of his National Space Council.

The United States is a member of the 1967 Outer Space Treaty, which bars the stationing of weapons of mass destruction in space and only allows for the use of the moon and other celestial bodies for peaceful purposes.

The idea of a Space Force has been raised before, by Trump and previous administrations, with proponents saying it would make the Pentagon more efficient.

It has also faced criticism from senior military officials. Air Force Chief of Staff General David Goldfein told a 2017 congressional hearing that creating a new space branch would “move us in the wrong direction.” The Air Force oversees most of the nation’s space-related military activity.

The move would require the budgetary approval of the U.S. Congress, which has been divided on the idea.

U.S. President Donald Trump raises his pen after signing a national space policy directive during a meeting of the National Space Council in the East Room of the White House in Washington, U.S., June 18, 2018. REUTERS/Leah Millis

“Thankfully the president can’t do it without Congress because now is NOT the time to rip the Air Force apart. Too many missions at stake,” U.S. Senator Bill Nelson, a Democrat, said on Twitter.

A U.S. defense official said the Pentagon would work with Congress to implement the order.

“Space is a war fighting domain, so it is vital that our military maintains its dominance and competitive advantage in that domain,” said the official, who spoke on condition of anonymity.

In December, the president signed a directive that he said would enable astronauts to return to the moon and eventually lead a mission to Mars. He has ordered the government to review regulations on commercial space flights.

Americans first landed on the moon in 1969, reaching a goal set by former President John F. Kennedy in 1961 and capping a decade-long space race between Washington and Moscow.

Since then, U.S. efforts to explore beyond the Earth’s orbit have largely focused on remote spacecraft that do not have human crew members, though American presidents have raised the idea of sending humans back to the moon or further.