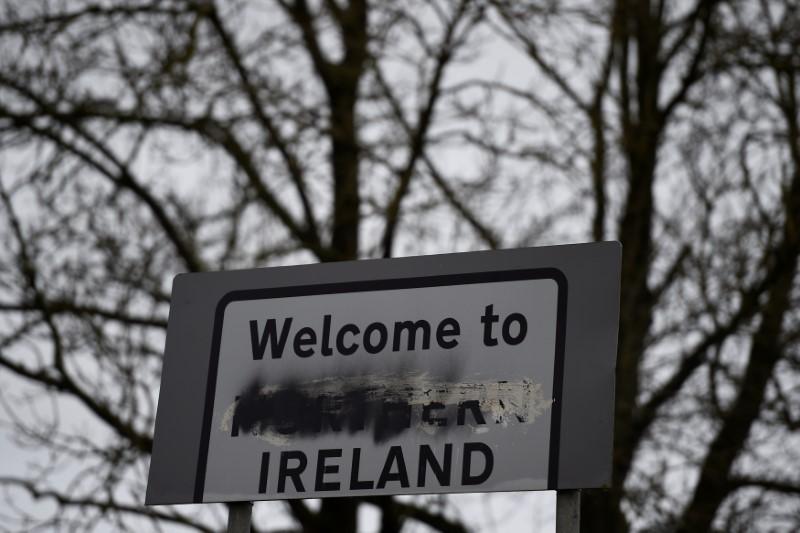 BRUSSELS (Reuters) – European Union leaders will express concern on Friday over a lack of progress in talks with London on how to avoid reimposing controls at the border between British-ruled Northern Ireland and the Irish Republic after Brexit.

Leaders of the 27 countries that will remain in the EU after Britain leaves next year will take stock of negotiations on a withdrawal agreement and on a political declaration on what future relations with London should look like.

A draft document outlining conclusions of their European Council meeting in Brussels singles out the lack of an operational arrangement for the Irish border, called by EU leaders a backstop solution.

The backstop solution has been agreed in very general terms in December, but there has been no consensus since on how to put it in place in practice by Brexit day in March 2019.

“The European Council expresses its concern that no substantial progress has yet been achieved on agreeing a backstop solution for Ireland/Northern Ireland,” the draft conclusions, seen by Reuters, said.

Britain and the EU want to keep a free flow of people and goods over the border without returning to checkpoints, symbols of the three decades of violence in Northern Ireland that was largely ended by a 1998 peace deal.

But finding a practical solution for customs checks needed for what will become an external border of the EU after Brexit has so far proven elusive.

EU leaders will insist on Friday on “the need for intensified efforts” to find a solution, without which the whole withdrawal agreement, or a deal on a transition period until the end of 2020, cannot take shape.

Time is running out because unless a final agreement on the withdrawal treaty, the transition period and a political declaration on future relations are agreed at an EU summit in October, there won’t be enough time for parliaments to ratify the treaty in Britain and the remaining EU countries before March 2019.

EU officials have complained that Britain is not telling them what it wants from a future relationship, makings talks very difficult.

British Prime Minister Theresa May is struggling to overcome differences on Brexit within her Conservative Party and has clashed with parliament over what powers it should have over the final deal.

Wary that a withdrawal treaty might not be agreed in time, time, the EU leaders said governments should brace for the worst. “The European Council renews its call upon Member States and all stakeholders to step up their work on preparedness at all levels and for all outcomes,” the draft said.