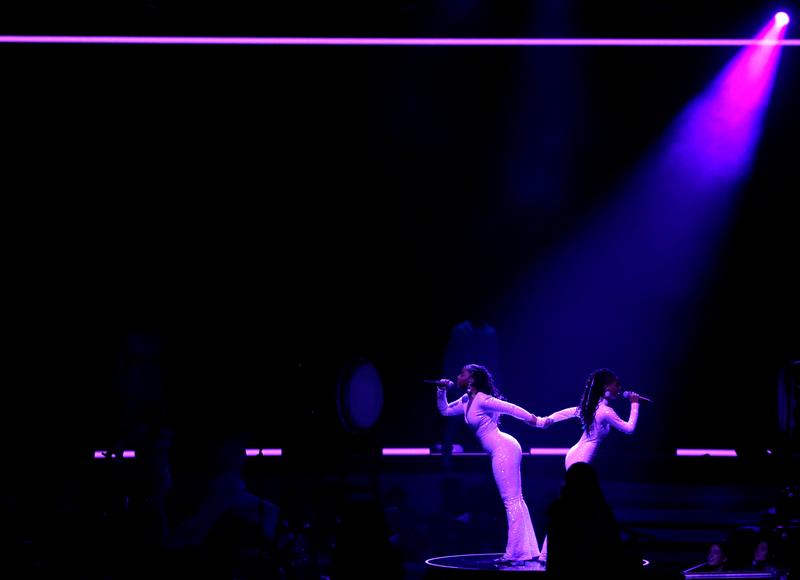 LOS ANGELES (Reuters) – Superhero movie “Black Panther’ made a killing at the MTV Movie & TV Awards on Monday, winning four trophies in a ceremony that also recognized gays, women and those who stand up to bullying.

“Black Panther,” the predominantly black movie that has taken more than $1.3 billion at the global box-office, won best movie, best villain for Michael B. Jordan’s Killmonger, and best performance and hero for star Chadwick Boseman.

Boseman, who plays the leader of the fictional African nation of Wakanda, gave his trophy to a man with no Hollywood connections.

“An award for best hero is amazing but it’s even greater to acknowledge the heroes we have in real life,” said Boseman.

He brought on stage James Shaw Jr., a 29-year-old electrician who overpowered a gunman who killed four people at a Waffle House outlet in Nashville in April to save the lives of more customers.

“This is gonna live at your house,” Boseman said, handing the trophy to Shaw.

“Black Panther” actor Winston Duke thanked fans for supporting the movie, which has smashed Hollywood doubts about the broader appeal of black films to become the third highest-grossing film of all time in North America.

“Thank you all for investing not just in a beautiful story but for investing in a continued conversation on what this industry and what this culture can achieve,” Duke said.

The youth-oriented MTV network, known for its irreverent award shows, again dispensed with gender classifications, placing men and women together in performance categories in a move to embrace equality and gender fluidity.

“Stranger Things” was named best TV show and Millie Bobby Brown, 14, won best TV performance for her role as Eleven. The British teenager, who deleted her Twitter account last week after a slew of hate-filled comments, used her acceptance speech to speak out against bullying.

“If you don’t have anything nice to say, just don’t say it. There should be no space in this world for bullying and I’m not going to tolerate it, and neither should you,” Brown said.

The MTV awards feature blockbuster movie and popular TV shows and has established itself as an antidote to the winter Hollywood awards season, which honors more serious fare. Winners are chosen by fans voting online.

Actress and writer Lena Waithe, who last year became the first black woman to win a screenwriting Emmy and who is also gay, was awarded the Trailblazer trophy.