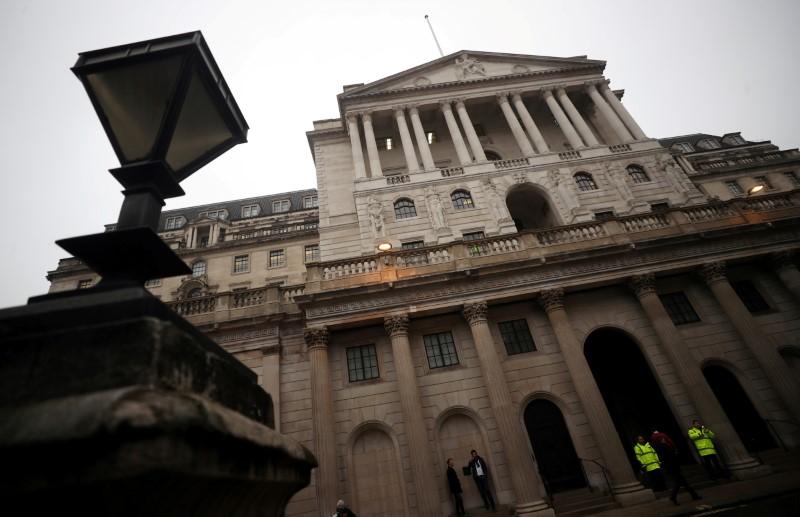 LONDON (Reuters) – Britain’s opposition Labour Party is considering asking the Bank of England to target productivity to help boost the economy if it wins power, in what would be the most radical change to the central bank’s remit in more than two decades.

Consultants commissioned by John McDonnell, the shadow chancellor, recommended the bank should retain its independence but that its mandate be expanded to include a 3 percent annual productivity growth target.

Currently the bank’s main economic focus is keeping inflation as close to two percent as possible.

McDonnell will also say in a speech on Wednesday that commercial banks have distorted the economy and the current financial system is not delivering investment across Britain.

We “want to build the economy of the future, and to do that we will need to reform the economic architecture of our country so that it is prepared to meet the challenges of this century,” McDonnell will say, according to extracts released in advance.

“Our financial system right now isn’t fit for this purpose. We need one that helps to deliver enough investment in the high-technology industries and firms so that we can reboot and rebuild Britain.”

The proposed changes to the BoE’s remit are the most significant since it gained independence from the government in 1997 in one of Tony Blair’s first acts as prime minister, a decision widely seen as underpinning Britain’s economic success over the following decade.

Weak growth in productivity – the amount of economic output produced per hour worked – is one of Britain’s biggest economic problems, one that has puzzled economists for years.

Productivity growth has been poor in most advanced economies since the 2008 financial crisis but in Britain it has been particularly weak, growing by less than 2 percent in total over the past decade and acting as a major drag on wages.

Bank of England policymakers have in the past tended to stress the adoption of new technology, company management and migration as the main determinants of productivity growth – none of which they have any control over.

The Bank of England declined to comment on Labour’s plan.

Other major central banks already explicitly target measures other than inflation. The U.S. Federal Reserve and Reserve Bank of Australia both have a responsibility to focus on increasing employment as well as price stability.

Last year, Labour said it would consider moving parts of the Bank of England to Birmingham, in central England, if it won power, arguing a change was needed to reduce the economy’s reliance on London’s banking industry.

Although Labour trails the Conservatives in most opinion polls, it is considered a viable future government given that Prime Minister Theresa May is undertaking a complex and divisive exit from the European Union without a parliamentary majority.