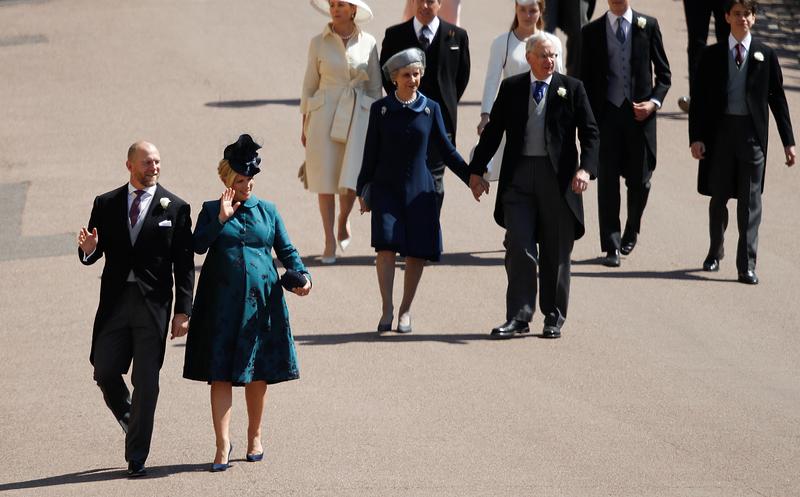 LONDON (Reuters) – Zara Tindall, the granddaughter of Queen Elizabeth, has given birth to her second daughter, Buckingham Palace said on Tuesday, the monarch’s seventh great-grandchild.

Zara, who is married to former England rugby union captain Mike Tindall, gave birth to her second child, who weighed in at 9lb 3oz (4.2 kg), on Sunday at Stroud Maternity Unit in western England.

The baby’s name will be confirmed in due course, the palace said, adding that the queen, her husband Prince Philip and Zara’s mother Princess Anne, the monarch’s only daughter, were delighted with the news.

Mike Tindall and Zara Tindall arrives at St George’s Chapel at Windsor Castle for the wedding of Meghan Markle and Prince Harry, in Windsor, Britain May 19, 2018. Gareth Fuller/Pool via REUTERS

The new royal, who is currently 19th in line to the throne, arrives two months after the birth of Elizabeth’s sixth great-grandchild, Prince Louis, the third child of her grandson Prince William and his wife Kate.

Zara, 37, won an equestrian silver at the London Olympic Games in 2012 while her 39-year-old husband was part of the England team that won the rugby World Cup in 2003.