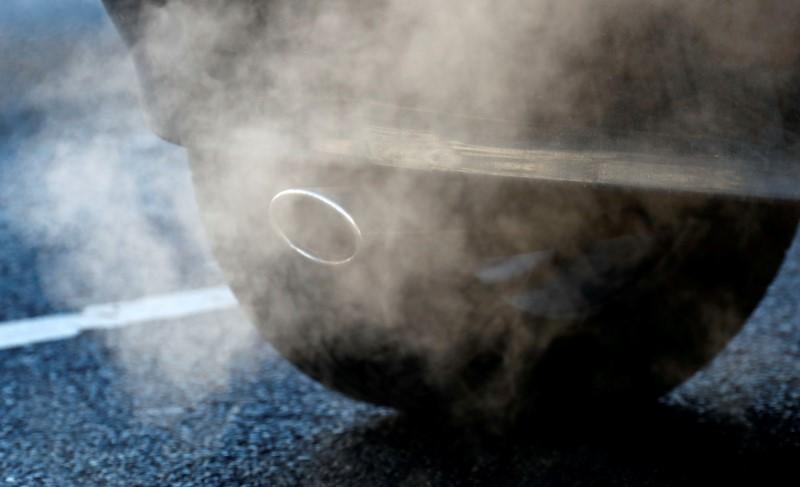 LONDON (Reuters) – Britain still plans to end the sale of new diesel and petrol cars by 2040 and will set out more detail as soon as this week, a government source told Reuters on Tuesday after a report suggested the plans were being watered down.

FILE PHOTO: An exhaust pipe of a car is pictured on a street in a Berlin, Germany, February 22, 2018. REUTERS/Fabrizio Bensch/File Photo

Prime Minister Theresa May’s Conservative government said last year it would ban new petrol and diesel cars from 2040 although the Financial Times said on Monday that the plans had been downgraded to a “mission”.

There has also been confusion over whether the proposals will include hybrid models, which have both an electric and combustion engine.

A government source told Reuters that there had been no change.

“We will end the sale of new conventional petrol and diesel engine cars by 2040,” the source said on condition of anonymity. “It’s not government policy to ban hybrids.”

The earliest ministers will detail the plans, known as “Road to Zero”, is on Wednesday but they are unlikely to come so soon, the source added.

The document has already been delayed as Britain’s transport, business and environment ministries discuss the final proposals.

Carmakers have been particularly angry about any restrictions on hybrid models, which are seen by some as a transitional technology as the uptake of purely electric cars ramps up.