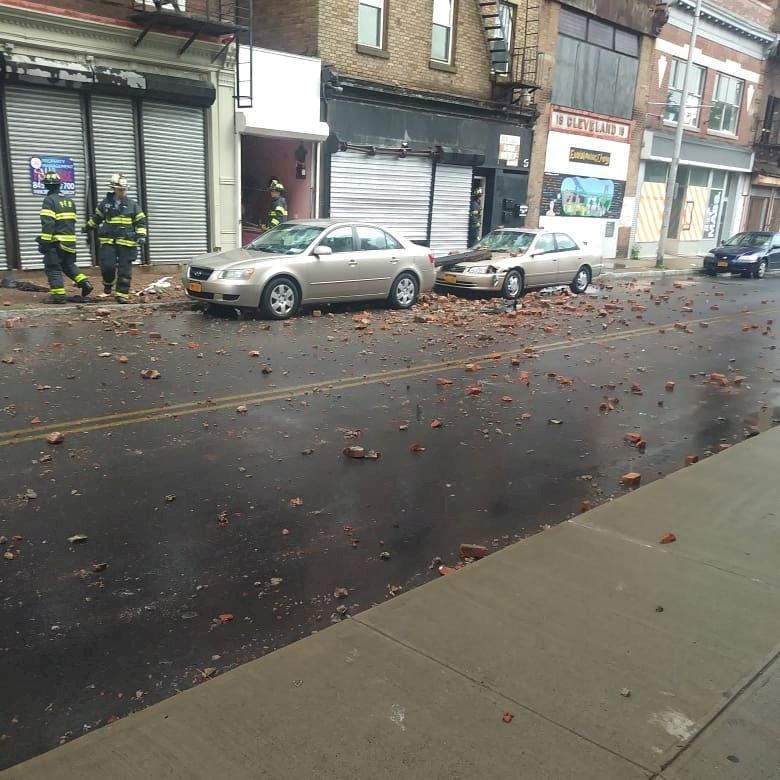 NEW YORK (Reuters) – At least one woman was trapped in rubble in Poughkeepsie, New York, after a vacant seven-story building partially collapsed onto smaller buildings on Monday during a brief thunderstorm, according to the city’s fire department.

The woman, who had been trapped for at least three hours, was conscious and talking to firefighters who were trying to stabilize the structure and rescue her.

The partial collapse appeared to have crushed parts of a neighboring building’s rear, blanketing it and at least two nearby parked vehicles with rubble, according to photographs posted online by the Connecticut Fire Photographers Association, which had a member at the scene.

“We believe at this point there are no other victims but we haven’t had a chance to thoroughly search all the other buildings because they’re extremely unstable,” Mark Johnson, the city’s fire chief, told reporters at the scene, according to video posted online.

Poughkeepsie is about 60 miles (100 km) up the Hudson River from New York City.