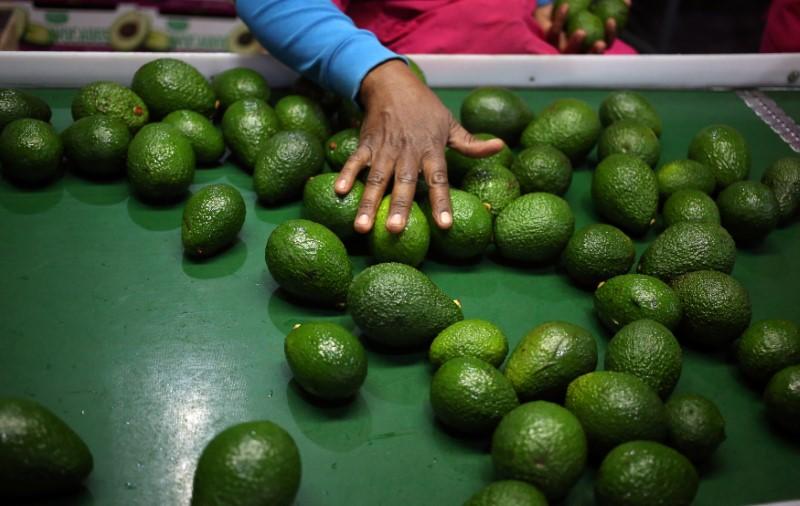 NELSPRUIT, South Africa (Reuters) – Whether you like to squash it onto your toast in the morning, millennial-style, eat it to cut your cholesterol with healthy unsaturated oil, or moisturize your face with it – if you live in the West, you’re probably rarely far from an avocado.

And that is very good news for South Africa’s farmers, struggling with drought, who are switching to a crop whose farm-gate price has risen 130 percent since 2008.

It takes six years to get an avocado plantation into production, but that is not putting farmers off.

“There are also areas that were either bush or some grazing that’s been planted to avocados.”

A worker takes a break from sorting avocados at a farm factory in Nelspruit in Mpumalanga province, about 51 miles (82 km) north of the Swaziland border, South Africa, June 14, 2018. Picture taken June 14, 2018. REUTERS/Siphiwe Sibeko

Traditionally, avocados were grown in humid sub-tropical climates in the Limpopo, Mpumalanga and KwaZulu-Natal provinces, but now they are being planted in the drier Eastern and Western Cape provinces.

Techniques such as drip irrigation, which drips water slowly on the soil, and planting orchids on ridges to reduce surface run-off help to make the most of the water available.

“Traditionally, no one would ever dream about planting down there, but you need to pioneer – much like this farm was pioneered more than 100 years ago,” said Craig Lewis, an executive at the producer HL Hall and Sons on a farm near the northern city of Nelspruit.

The firm hopes that its trial plantation on the Western Cape – hit hard by drought this year – might allow it to extend what is now a six-month season to 10 months, to supply a global year-round demand.

“Although South Africa is planting 1,000 hectares a year, we would like to plant a lot more,” Lewis said.

Donkin said the rate could hit as much as 2,000 hectares a year within the next few years.

On a smaller scale, Tom Mdluli manages 188 employees on a 6,000 hectare community farm in Mpumalanga province owned by a Trust. It exports around 80 percent of its 260 hectares’ worth of avocados – and is planning to expand by another 120 hectares.

Even the wines famously grown on the Cape may one day have to move aside for the avocado.

“They swap the annual crops like maize, cotton and alfalfa for more permanent crops,” said Wessel Lemmer, senior agricultural economist at Absa Bank. “They even take out vines.”