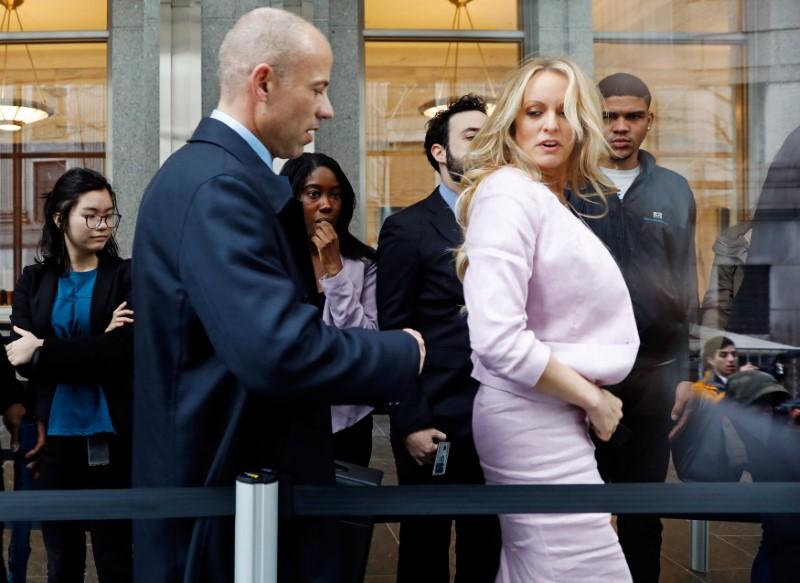 (Reuters) – A federal judge in Los Angeles has rejected a request by the adult film actress Stormy Daniels to restart her lawsuit there against U.S. President Donald Trump and his longtime lawyer Michael Cohen.

In an order dated Tuesday, U.S. District Judge James Otero said the amount of media attention in the case was not a sufficient reason to reconsider the 90-day stay he had imposed in April.

Daniels, whose real name is Stephanie Clifford, is suing to void a non-disclosure agreement under which Cohen paid her $130,000 not to discuss her alleged relationship with Trump in 2006 and 2007.

“While it is undeniable that plaintiff has a valid interest in the prompt resolution of her claims, plaintiff has not established that she has actually been deterred from speaking,” Otero wrote.

In granting the stay, Otero had cited the potential overlap between Daniels’ lawsuit and a separate criminal investigation by federal prosecutors in Manhattan that he said could result in Cohen’s indictment. That investigation is continuing.

Trump has denied having sex with Daniels, whose lawsuit also includes a defamation claim against Cohen.

Michael Avenatti, a lawyer for Daniels, said in an email on Wednesday: “The ruling is not unexpected. We intend on appealing to the Ninth Circuit [Court of Appeals] as we need to proceed with this case as quickly as possible.”