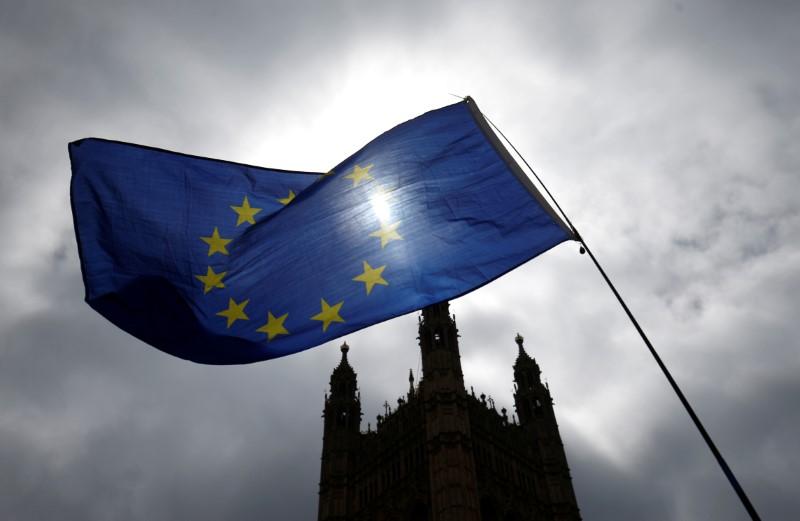 LONDON (Reuters) – Prime Minister Theresa May won a crucial Brexit vote in parliament on Wednesday, keeping her divided government’s plans to end more than 40 years of British partnership with the European Union on track.

After pro-EU Conservative lawmaker Dominic Grieve said he would support the government’s proposal for a “meaningful vote” in parliament on Britain’s exit, a potential rebellion that could have undermined May’s authority was averted.

May adopted a high-risk strategy by facing off with rebels in her Conservative Party, and it paid off. One lawmaker said May had no option but to take them on, or risk their rebellion growing as she cuts ties with the EU.

But the battle over her Brexit blueprint, or EU withdrawal bill, may be a taste of things to come. May needs to get several other bills through parliament to prepare Britain for life outside the EU, a momentous change to its trading and political relationships after decades in the bloc.

Some of her opponents on Brexit may simply have decided to keep their powder dry for later fights on issues such as future trading ties and customs arrangements with the bloc before Britain’s scheduled departure in March next year.

Six Conservatives still voted against the government. But for now, May will be relieved to have overcome another potential crisis over her proposal for the role of parliament, should she fail to negotiate an exit agreement with the EU or if MPs reject any deal she returns with from Brussels.

“There was a great point of principle here, which was that the government has to be able to be free to negotiate and we have to be able to hold out in our negotiations the prospect of no deal, otherwise all the advantage would have been with the EU side,” trade minister Liam Fox told the BBC.

Other Conservatives agreed. “It strengthens our hand,” said one, while opposition MPs described the vote as disappointing.

Sterling rose to a session high against the euro and climbed against the dollar after May won the rare victory, one which will give the weakened prime minister a firmer footing when she travels to Brussels next week for an EU summit.

Talks with the bloc have all but stalled, with May’s top team of ministers at odds over plans for future trading relations with the EU, which businesses complain makes them unable to plan their investment decisions.

Before his about-turn, Grieve had argued that government promises did not hand parliament enough control to prevent the “chaos” that could follow Britain crashing out of the EU without a deal.

Grieve told the House of Commons he now saw the need to take account of May’s concerns over the state of the negotiations. He also said he had been reassured by a statement saying it was up to the parliamentary speaker to grant MPs greater influence over ministers in the event of no deal.

“And in the circumstances that might follow a no deal, which would undoubtedly be one of the biggest political crises in modern British history, if the house wishes to speak … the house has the power to do it,” Grieve said.

With his words, May was able to enjoy victory in a parliament that is stacked against her since she lost her majority at an ill-judged election last year.

The bill will go to the unelected upper House of Lords later this evening. One source familiar with voting plans there said the Lords were unlikely to object to the government’s proposal, with many having argued in a debate on Monday that it was up to elected MPs to make a final decision.

But businesses are still seeking more certainty. “My biggest worry about Brexit is that I don’t know what we are planning for,” Juergen Maier, the UK CEO of German engineering giant Siemens told Reuters in an interview.

“We need to put something in place quickly that works and if that is not possible, and until that point, then we have to just default to staying in the customs union.”