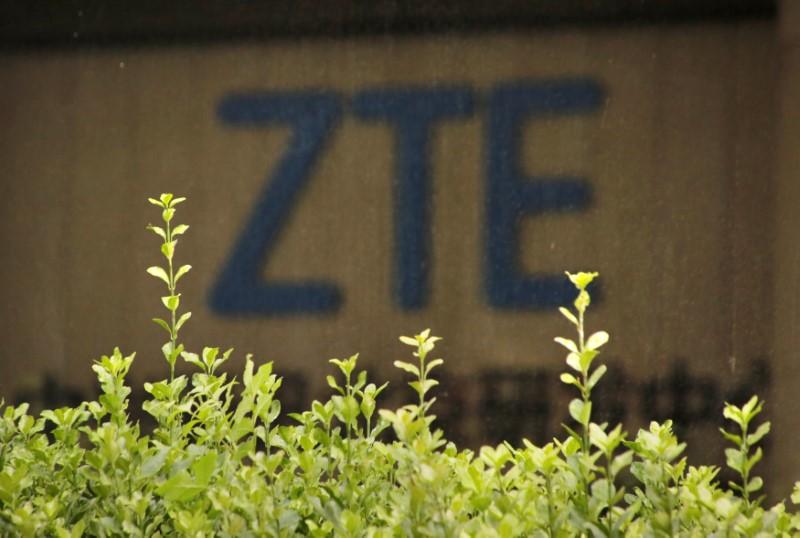 WASHINGTON (Reuters) – U.S. President Donald Trump and a group of lawmakers from the Senate and House of Representatives will meet at the White House on Wednesday to discuss their disagreement over how to penalize Chinese telecommunications company ZTE Corp (000063.SZ) (0763.HK), a White House spokeswoman said.

The logo of China’s ZTE Corp is seen at the lobby of ZTE Beijing research and development center building in Beijing, China June 13, 2018. REUTERS/Jason Lee

The Trump administration moved to lift a ban on the company doing business with U.S. suppliers, but the Republican-led U.S. Senate on Monday included an amendment to kill the settlement as part of a defense policy bill it approved.

White House spokeswoman Lindsay Walters said the meeting will focus on the “problematic” amendment to the defense bill, but she declined to go into details. A list of participants in the meeting was not immediately available.

Republicans and Democrats have expressed national security concerns about ZTE and another major Chinese telecommunications company, Huawei Technologies Ltd. But their ire against ZTE rose after it broke an agreement to discipline executives who conspired to evade U.S. sanctions on Iran and North Korea.

ZTE has agreed to pay a $1 billion penalty and put $400 million in an escrow account in a U.S. bank as part of the settlement reached on June 7 to allow it to do business again with U.S. suppliers.

Shares of the Chinese telecommunications firm and its U.S. business partners fell after the Senate vote, although the measure could still be killed when Senate and House lawmakers meet in the coming weeks to forge a compromise version of the National Defense Authorization Act.