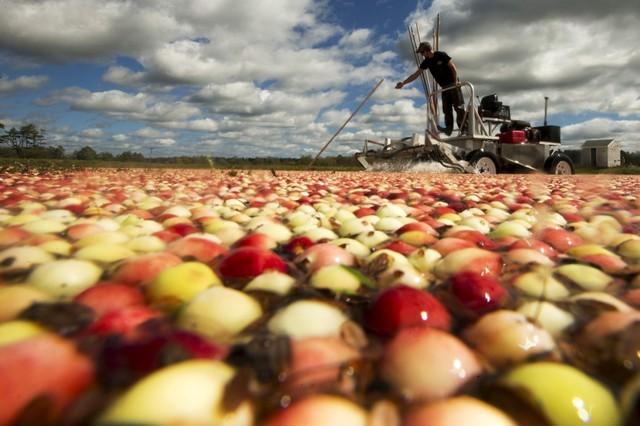 BEIJING/CHICAGO (Reuters) – U.S. producers of pork, already saddled with duties enacted in an earlier round of the escalating trade dispute with China, are bracing for further pain after Beijing hit the products with additional tariffs due to come into effect next month.

China implemented a 25 percent duty on most U.S. pork items on April 2, and a 15 percent tariff on a range of fruits and nuts, in response to U.S. tariffs on Chinese steel and aluminum products.

Last week it included both categories in a second round of tariffs to be imposed on July 6. No other products have been listed twice.

Pork now faces cumulative import duties of 71 percent, not including value added tax, according to a formula published on the website of China’s finance ministry last week. Cumulative duties on fruit amount to 50 percent.

“The additional tariff will put us out of business,” said Zhong Zheng, founder of China-based Heartland Brothers, which sells U.S.-produced Berkshire pork to Chinese supermarkets and restaurants.

The United States shipped $489 million worth of pork to China last year, and had the biggest share of import volumes in the first quarter of 2018, at about 117,000 tonnes, according to Chinese customs.

But shipments have since ground to a near halt following the 25 percent tariffs implemented in April, said U.S. meat analyst Brett Stuart, president of Global AgriTrends.

“They’ve pretty much stopped our pork,” he said.

Total duties on U.S. pork will reach 88 percent from next month, after factoring in the 10 percent value added tax, according to one industry expert’s calculation.

That comes as margins at some of the biggest U.S. pork processors reach their lowest level in three years, dragged down by surging hog prices and mounting worries over trade with China and Mexico.

With the new duties on U.S. pork, Chinese buyers will turn to other suppliers in Europe and Brazil, said Pan Chenjun, senior analyst at Rabobank.

Compounding the pain, most in the industry were still unsure about how to calculate the new tariffs, leaving them unprepared for the impact.

“We’re trying to get confirmation of how the duties will be implemented and we have not been able to,” said Joe Schuele, spokesman at the U.S. Meat Export Federation on Wednesday.

The North American Meat Institute, an industry group that represents Hormel Foods Corp (HRL.N) and others, is also still waiting to learn the size of the tariff from the American embassy in Beijing or trade officials, said a spokeswoman. Uncertainty about the size of the tariff makes it harder for meat packers to plan how much pork to process, said Bill Westman, senior vice president of international affairs for the institute. “When you’re planning your production process, you need some lead time and you need some certainty in the market to do it,” he said.

“That’s why there’s some hesitation here. Do we produce for the Chinese market when the tariffs may go up significantly July 6?”

Mark Powers, president of the Northwest Horticultural Council, who handles trade issues for apples, pears and cherries from farms in Washington, Oregon and Idaho, is also seeking confirmation from the U.S. government about how the tariffs will be applied.

Chinese customers had informed him on Wednesday that the latest tariff would replace the earlier one, he added.

A Shanghai-based produce company manager, who declined to be identified, said he believed the new tariffs would not be compounded on existing tariffs, and their inclusion on the latest list was a bureaucratic “oversight”.

However, he added that “the document itself is a bit vague so we can’t rule out this possibility, if the trade situation further deteriorates”.

Imposition of both duties would cause Chinese purchases to fall sharply, he said, and air-freighted cargoes of cherries currently on their way to China would be canceled.

China is the third-largest export market for U.S. fresh cherries, according to the U.S. Department of Agriculture. U.S. exporters shipped $119 million of fresh cherries to China, just under a third of total shipments worth $605 million in 2017.

Apple and pear shipments would be even harder hit when the season starts this autumn as they face more competition from other markets, said Powers.

“These tariffs amount to some serious money and it makes it difficult to compete,” he added.

Reporting by Dominique Patton and Yawen Chen in Beijing and Thomas Polansek and Karl Plume in Chicago. Additional reporting by Stella Qiu. Editing by Philip McClellan