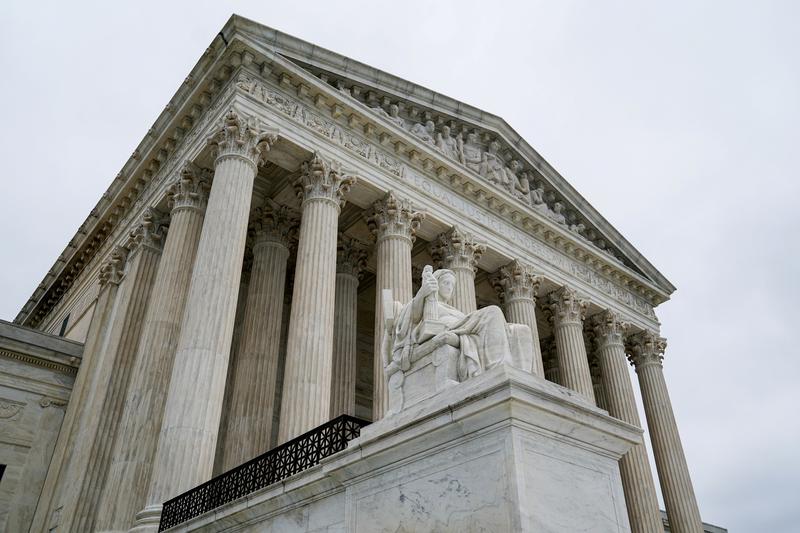 NEW YORK (Reuters) – Complying with a U.S. Supreme Court ruling on Thursday that forces online retailers to collect sales tax just like their brick-and-mortar counterparts will be a heavy burden for smaller e-commerce businesses.

But the ruling may not be a big blow to Amazon.com Inc (AMZN.O) , which already collects sales tax on items it sells directly to consumers, nor will it bring much advantage to large chains like Walmart Inc (WMT.N), Target Corp (TGT.N) and other retailers with brick and mortar stores.

Before the ruling only retailers with stores had to collect sales tax while e-commerce retailers could skip collecting them, which helped them lower prices.

The judgment levels the playing field between online and physical retailers and offers relief for U.S. states looking for additional revenue.

Some tax experts said the ruling could turn out to be almost as significant for American businesses as the recent rewrite of the U.S. federal tax code.

But for large retail chains that operate stores, the benefits are likely to be limited, according to tax and retail consultants.

“I don’t see brick and mortar stores seeing a big benefit from this ruling vis-a-vis their key online competitors,” said Brian Kirkell, a principal at RSM that offers audit, tax and consultancy services to businesses including retailers.

“Large online retailers who compete with the likes of Walmart and Target have already been collecting and remitting sales tax for some time now because they saw the writing on the wall.”

For example, Amazon collect sales tax on sales from its own inventory and on a portion of sales by third-party merchants who use its platform.

The point is further reinforced by analysts like the ones from Baird Equity Research who said they expected a “limited impact on Amazon” from the ruling which means less upside for its rivals.

Even the likes of Wayfair said it collects and remit sales tax on approximately 80 percent of its orders in the United States while Overstock.com said the decision will have no appreciable impact on its business.

Deborah White, the general counsel of the Retail Industry Leader’s Association, which led the fight on behalf of big retailers for a level playing field, said the “decision is not going to be a panacea for how retail operates,” but expects it to put an end to the competitive disadvantage suffered by retail stores when consumers visit them but opt to buy online. Consultants like Mark Grinis, partner, global real estate at EY, said he did not expect a surge in demand for stores even if prices ticked up for online businesses.

“Online retailers still have a lot of pricing power because their overhead costs are low and that would make it hard for those with stores to benefit substantially.”

What would further complicate outsized gains from the ruling is a growing culture of convenience that comes with online shopping, traders and investors said.

“If this had come out 10 years ago, it would be a bigger factor than it is today,” said Mark Kepner, an equity trader at Themis Trading. “The internet is ingrained as part of commerce today. It’s not changing any time soon.”

While the decision does not significantly change the fortunes of big chains or e-commerce retailers, the impact from the decision is likely to be felt by smaller online businesses. These small retailers will be less impacted by an uptick in prices as they will be able to pass that on to the consumer.

But the cost increase for them will come in the form of a heavy compliance burden trying to navigate the more than 10,000 tax jurisdictions in the U.S. as 45 of the 50 states impose sales taxes on purchases that range between 4.5 percent to 10 percent.

They will have to examine and retrofit operations to determine where they have to collect tax, whether their goods are taxable, and how they will handle tax computation, filing, and remittance, consultants said.

“We are talking about middle-market businesses that have a CFO and maybe no tax department and that rely on an accounting firm to be their tax department,” RSM’s Kirkell said.

The chief executive of a medium-sized sporting goods company based in San Diego, who did not wish to be identified to avoid making his company a target for state tax collectors, said it was unreasonable to expect small and medium sized businesses to deal with thousands of jurisdictions.

“I think the bigger worry though for businesses here is if these states will come back for back taxes,” he said.