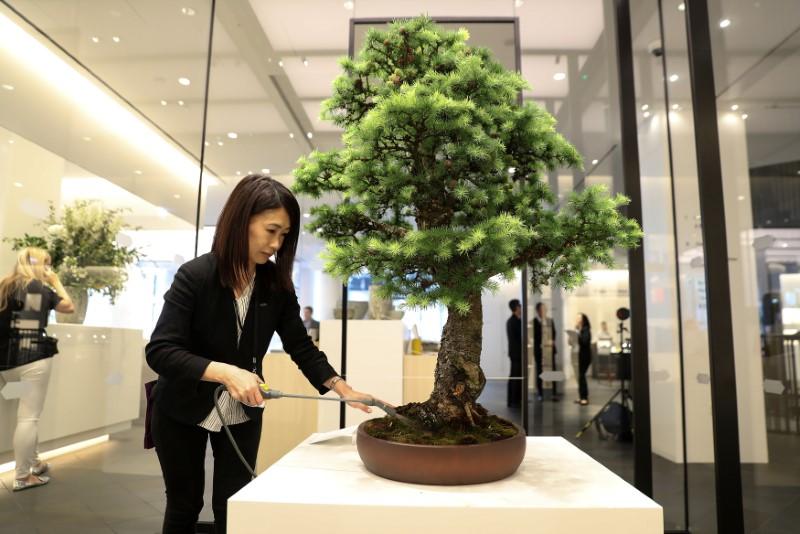 LONDON (Reuters) – From bonsai trees to freshly made sushi, a cultural centre in London hopes to offer a taste of all things Japanese.

An employee waters a bonsai tree at the newly-opened Japan House in the Kensington district of London, Britain June 21, 2018. REUTERS/Simon Dawson

Japan House, which opens to the public on Friday, brings together food, art, design and technology from Japan, with items such as 100 pound handcrafted nail clippers, traditional tea cups and Japanese whisky on display.

The centre is billing itself as a “new home” for Japanese creativity, innovation and business in Britain, where more than 1,000 Japanese companies operate, according to country’s ambassador to Britain Koji Tsuruoka.

The London location adds to two other Japan House centres in Los Angeles and Sao Paolo.