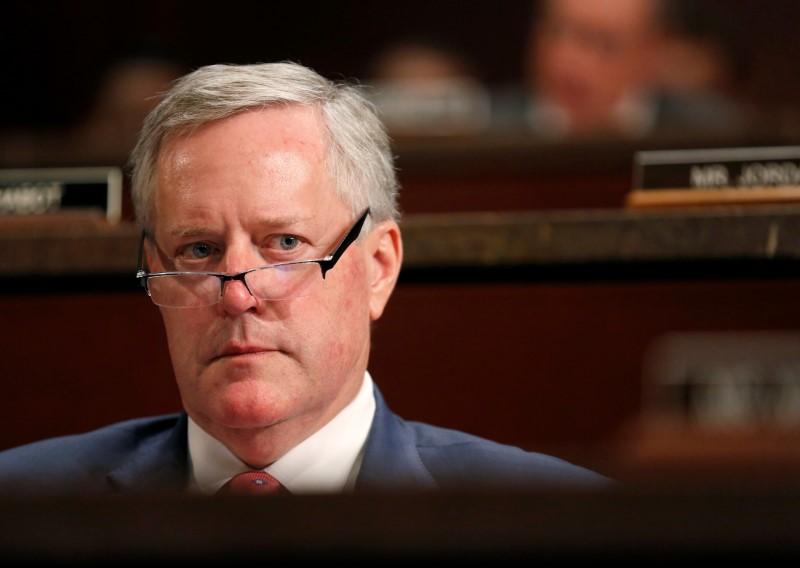 WASHINGTON (Reuters) – Conservative leaders in the U.S. House of Representatives said on Thursday they believed it was unlikely either of the two immigration bills up for a vote will pass the chamber.

Rep. Mark Meadows (R-NC) listens to U.S. Department of Justice Inspector General Michael Horowitz testifying to a joint hearing with the House Judiciary and the House Oversight and Government Reform titled, “Oversight of the FBI and DOJ Actions in Advance of the 2016 Election” on Capitol Hill in Washington, U.S., June 19, 2018. REUTERS/Joshua Roberts

Republican U.S. Representatives Ralph Norman and Mark Meadows told reporters at the Capitol they did not think the bills had enough support in the Republican-controlled House. “There is still some work to be done as we grapple with the immigration issues,” Meadows said.