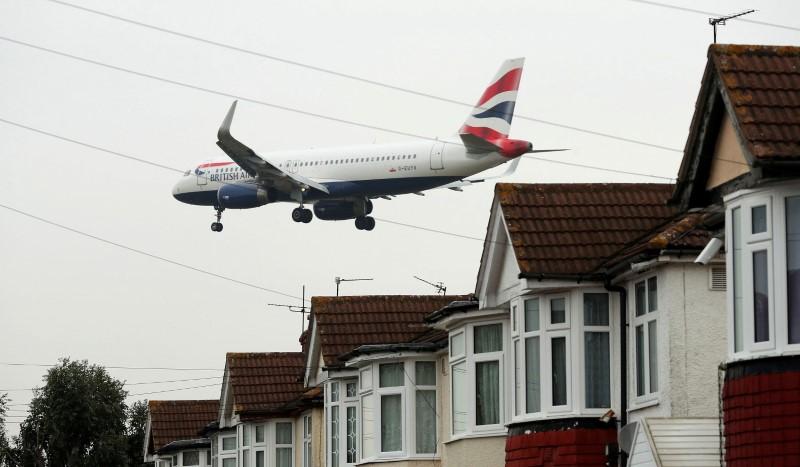 LONDON (Reuters) – A British trade minister said on Thursday he will resign from the government and vote next week against its plans to build a third runway at London’s Heathrow Airport.

Greg Hands, the Member of Parliament (MP) for Chelsea and Fulham, which is located under the Heathrow flight path, pledged to his constituents at last year’s general election to vote against any expansion of the airport.

Parliament is due to vote on the expansion plans on Monday.

“I wrote to the PM earlier this week on how I will honour these 2017 General Election pledges to the people of Chelsea & Fulham and vote against the Heathrow 3rd runway,” Hands said on his Twitter page.

Heathrow is Europe’s busiest airport but is now operating at full capacity. Plans to expand it have faced opposition from local communities and environmentalists who are concerned about increased noise and air pollution.

The vote on Heathrow is expected to pass fairly easily because the opposition Labour party said this week its MPs will be given free rein to vote with the government.

The decision to expand Heathrow comes after almost half a century of indecision on how and where to add new airport capacity in densely populated southeast England. If it goes ahead, it will be the first full-length runway built in the London area for 70 years.

The highest profile opponent of Heathrow expansion in the government is the foreign minister Boris Johnson who once pledged to lie down in front of bulldozers to stop it happening.

But Johnson may be out of Britain on Monday, attending a meeting of European Union foreign ministers, so may not attend the vote in the House of Commons.