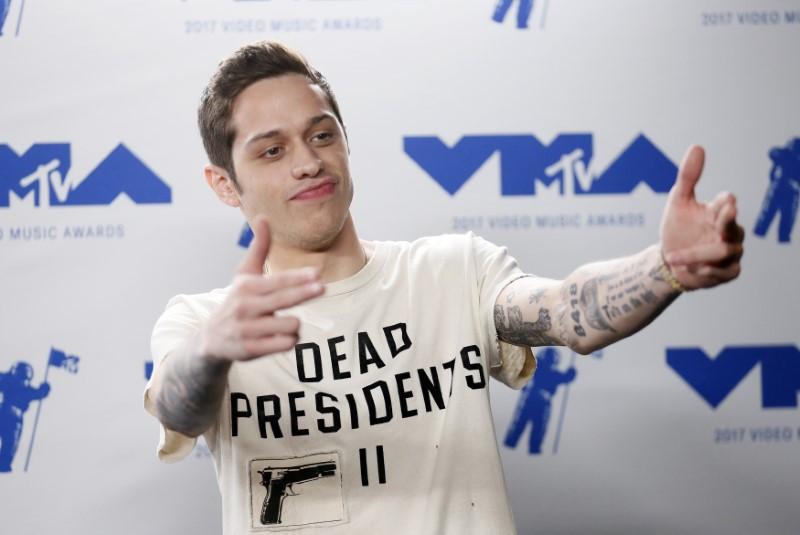 Davidson, 24, told talk show host Jimmy Fallon in an appearance on “The Tonight Show” that the rumors of the past week were correct.

“I did,” Davidson said, when asked by Fallon whether he had got engaged. “I feel like I’ve won a contest,” he added about his romance with Grande.

Grande, 24, and Davidson went public about dating in late May through their social media accounts a few weeks after ending their previous relationships. Celebrity media reported last week that they were engaged.

FILE PHOTO: Singer Ariana Grande arrives at the Metropolitan Museum of Art Costume Institute Gala (Met Gala) to celebrate the opening of “Heavenly Bodies: Fashion and the Catholic Imagination” in the Manhattan borough of New York, U.S., May 7, 2018. REUTERS/Eduardo Munoz

The “Dangerous Woman” singer was spotted wearing a diamond ring on her engagement finger earlier this week and celebrity media reported on Wednesday that the couple had moved into a Manhattan apartment together.

Grande launched her career on the Nickelodeon TV show “Victorious” in 2009 and released her first studio album in 2013. She has gone on to become one of the most popular young artists in the United States, winning three American Music Awards.

In June 2017, she won plaudits for returning to the English city of Manchester for a benefit concert for the victims of an Islamic State suicide bombing that killed 22 people moments after Grande had finished a concert.