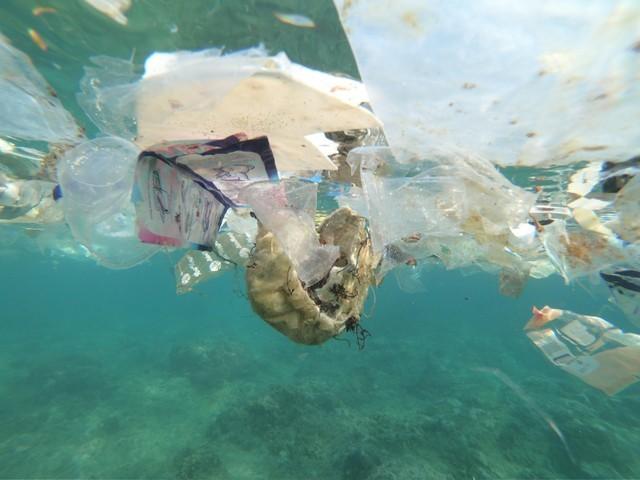 SYDNEY (Reuters) – On the palm-fringed beaches of Christmas Island, a speck of land in the Indian Ocean between Australia and Indonesia, plastic waste is piling up on the white sand and killing marine life.

The scene illustrates growing concerns about the environmental damage from rising amounts of plastic waste globally.

“People really need to understand that an item that they’ve used can cause so much harm in the environment,” said Heidi Taylor, managing director of Tangaroa Blue, an Australian charity that picks up marine rubbish.

Some 8 million tonnes of plastic garbage – bottles, packaging and other waste – is dumped in the sea every year, killing marine life, the United Nations Environment Programme says.

A dead bird lies among debris and plastic litter found by Tangaroa Blue, an Australian Marine debris initiative, on Christmas Island, Australia in this undated handout. Tangaroa Blue/Handout via REUTERS

Earlier this month, a pilot whale washed up and died in Thailand with 80 plastic bags in its stomach, an incident that grabbed news headlines globally.

Turtles, which nest year round at Christmas Island, are particularly vulnerable. Plastic clogs their gut and traps air, so they are unable to dive deep enough to feed. Instead, they are confined to the upper reaches of the ocean, making them an easy target for predators and at risk of being hit by boats.

“Plastic bags look very similar to a jellyfish in the water and jellyfish is a thing that all sea turtles love to eat,” said Kathy Townsend, animal ecology lecturer at the University of the Sunshine Coast at Hervey Bay, 280 km (170 miles) north of Brisbane.

Less than a 10th of all plastic ever produced has been recycled, according to U.N. report published in June that recommends governments consider banning or taxing single-use bags or food containers to stem a tide of pollution.

This week, Australia’s biggest grocer Woolworths Group Ltd stopped offering free plastic bags to customers to carry their shopping in and said it would cease selling plastic straws by the end of the year.

Thailand, which makes about 4 or 5 billion plastic bags a year out of a total of roughly 5 trillion used globally, plans to halve production by 2027, according to Jatuporn Buruspat, head of the country’s Marine and Coastal Resources Department.

“I’m really optimistic that we can actually get on top of this,” Townsend said.

“Future generations, they’re going to look back at us and laugh and just say: ‘How wasteful were they? Look at how much stuff that they just wasted!’”