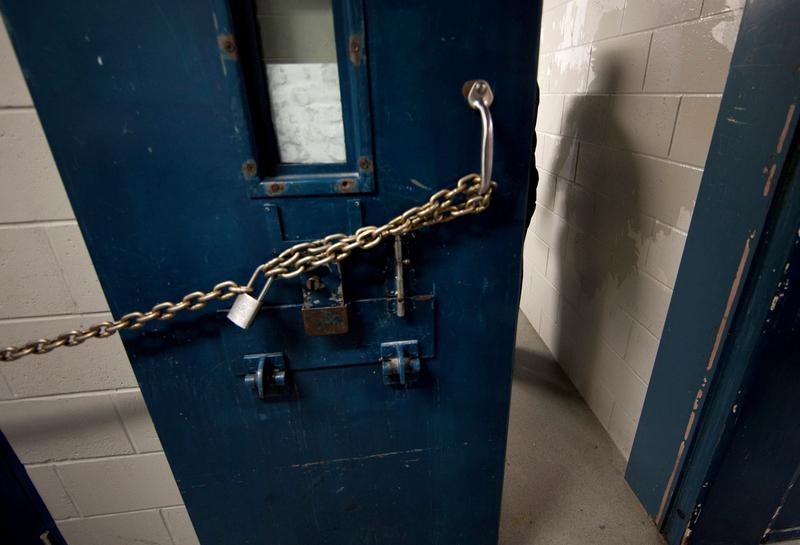 TORONTO (Reuters) – Canadian law allows for prolonged, indefinite solitary confinement that hurts vulnerable people most and that is why it must be struck down, lawyers for civil liberties groups argued this week, as they accused the government of backing away from its avowed goal of pursuing prison reform.

FILE PHOTO: A chain on a segregation cell is seen at the Kingston Penitentiary in Kingston, Ontario, Canada, October 11, 2013. REUTERS/Fred Thornhill/File Photo

Their court submission on Monday comes as the federal government tries to overturn a ruling that found the national correctional system’s use of indefinite nondisciplinary solitary confinement – or “administrative segregation,” as it is called – violates Canada’s Charter of Rights and Freedoms and disproportionately harms indigenous women and people with mental illness.

Now Prime Minister Justin Trudeau and his government, which promised when it was elected to reform the correctional system, is fighting against a judgment forcing the government to reform.

The government argued in its submission last month that Canadian law on administrative segregation is constitutional and if people’s rights were violated it is because the law was applied in an “improper” way.

The government argues that putting people with mental illness in solitary is constitutional but does not contest the judge’s finding that the current system discriminates against indigenous inmates, who are over-represented behind bars and especially in solitary confinement.

There is an apparent contradiction between the government’s rhetoric and its actions on prison reform, said Jay Aubrey, a lawyer with the British Columbia Civil Liberties Association, which filed the lawsuit.

“It’s just so weird to see them saying ‘We’re trying to do this one thing’ but then taking steps to actively work against that goal,” she said in an interview.

The lawsuit was filed before the current Liberal government came to power in 2015, promising to reform the prison system.

The government has introduced legislation that would set an eventual 15-day time limit on solitary confinement. The trial judge in this case said that is not good enough.

“Our government is committed to addressing the needs of the most vulnerable in the federal corrections system,” Scott Bardsley, spokesman for the minister overseeing federal prisons, wrote in an email.

He added that the government is seeking clarity in the wake of multiple rulings on solitary confinement.

The United Nations Committee Against Torture considers solitary confinement of more than 15 days to be torture, and has called for its prohibition.